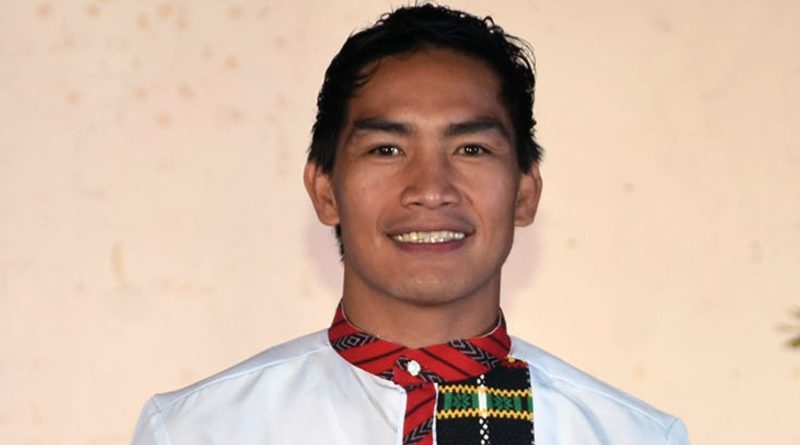 Having reached the pinnacle of Cordillera and Philippine MMA scene by winning the ONE Lightweight World Championship with his dominant knockout of Japanese legend Shinya Aoki and then reclaiming the belt by pummeling Amir Khan with serious spinning attacks in 2018, many of today’s youth are expected follow Folayang’s footsteps and hold him in very high regard.

The 36-year-old veteran says he ultimately tries to be a good example for the youth of today and contribute positive impacts in their lives.

“I like to inspire by giving a good example. I try to be a good role model. In my position, I know a lot of people look up to me, that’s why I try to conduct myself in the right way. I want to be a good influence on peoples’ lives,” Folayang concluded.

It is not surprising why Folayang acts this way in view of who he considers his life’s greatest teacher is.

“My greatest teacher has been Jesus Christ. I always try to honor God in everything I do.”, he declares.

The 2-time former ONE Lightweight World Champion famed Team Lakay is primarily known as one of the most explosively talented mixed martial artists in the world.

What many didn’t know is before he stepped foot inside an MMA cage, Folayang excelled in a much different arena, teaching and guiding young Cordillerans as a high school teacher.

As the entire Philippines celebrated National Teacher’s Day on Monday, October 5, in honor of those who guide the youth into realizing their full potential, and becoming upstanding members of society. Folayang recalls his own time as a teacher, and how it gave him a sense of achievement whenever he could see his students doing well.

“It’s a very fulfilling feeling when you see your students grow up practicing the principles you taught them. When you touch the lives of your students, even in the simplest ways, that was the most fulfilling for me, back when I was still teaching in school. It’s such an honorable profession, even if it’s not easy by any means.”, he continues

Folayang earned his teaching bachelor’s degree from the University of the Cordilleras in Baguio City, passed the teacher’s licensure examination and taught English and Physical Education for short period but quit the profession to pursue his dreams in martial arts.

He knows exactly the kind of sacrifices teachers make in order to do what they do.

“Being a teacher is hard but we still do it with a passion because we want our kids to succeed,” said Folayang, who recalls his time spent in the classrooms.

“In some ways, I’m still very much a teacher. Now I teach the younger generation of martial artists, to help them navigate our industry.”

Despite education being one of the most important pillars of modern society, teachers are among the lowest paid in the entire country, and are often overworked, especially public school teachers.

Folayang believes that has to change, in order for the Philippines to have a bright future.

“I think all work has its own unique set of challenges. But as teachers, it’s such a worthy sacrifice. The youth is very important in our society. They will go on to be leaders of our country in their own ways. It’s important that they be brought up with the right values and the right character.”