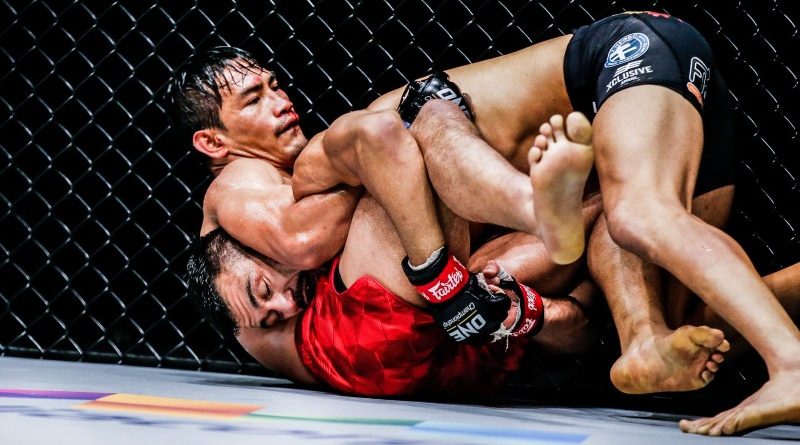 Eduard Folayang could not solve his younger and taller opponent as he suffered his fourth defeat in five fights by unanimous decision, a fight that saw him hit the deck in the second round, during ONE: Inside the Matrix last October 30, 2020 at Singapore.

The Team Lakay icon had a nightmarish evening against Antonio Caruso, who outclassed him on the mat with crisp takedowns and superior grappling during the entire fight.

Caruso highlighted his performance by almost finishing the bout early with a choke attempt in the first and dropping Folayang with a right hand in the second.

Caruso made his intentions clear early in the match as he stayed clear from Folayang’s leg and spinning attacks while timing the execution of three successful takedowns.

The same strategy was applied by Caruso in the second, making it difficult for Folayang to get his strike attacks going.

The “Landslide” entered the third looking for a knockout and finally mounted a serious comeback as Caruso decided to fight on his feet. Folayang connected his patented leg kicks that got the limited crowd reacting in cheers.

A Caruso headbutt that caused Folayang to be groggy for a few moments, however, ended any further threat.

The loss drops Folayangs career fight record to 22-10 while the win ups Caruso’s to 8-1.

Folayang, while acknowledging “The Spartan” was the better fighter of the night, felt he did well in all three rounds.

Rightfully so. He may have been in bad spots at different times during the match but was apparently never in danger of losing before the final bell sounded.

Folayang agreed with a post-interview question that two injury timeouts during the third round has killed the momentum he has clearly established.

He, however, said it was Caruso’s night and that those circumstances are part of the breaks of the game.

Folayang admitted the problems he encountered during the fight, most especially his conditioning, was internal in nature and emphasized that he needs to go back to the drawing board to figure things out.

“The problem is within me,” he said. “I really need to assess my performance. My mind [was] clear coming to this fight but I think my conditioning is not good. I really need to check the small details, the [mistakes I made] that I need to fix again.”

He is still shutting down talks of hanging his gloves after the fight. He stated before the fight that retirement is not yet in his vocabulary and stand by those words in the post-fight interview as he thinks his awful slump will eventually have an end.

“I’m not contemplating retirement yet. This is one of those seasons, it’s winter time for me. I need to assess myself and be back in the circle again” Folayang said.

Even before the fight, a lot of MMA fans and observers seemingly can’t wait to write Folayang’s MMA career obituary and rightfully so.

Their points have been validated by this lopsided loss that puts his championship aspirations in serious jeopardy.

But to those who know Folayang, the “Landslide” is talking lots of sense.

While the road to a ONE lightweight title shot is an Everest-like mountain to climb, quick turnaround in sports have happened before and Folayang could certainly author one of these kind.

Manny Pacquiao proved Folayang’s age is far from becoming the final nail to a combat sport athlete’s career and Folayang’s current mindset and heart are good starting points to begin the ascend.

This post has already been read 16998 times!…if they played under 1998 rules and style. Sorry, Draymond Green. Yeah, you