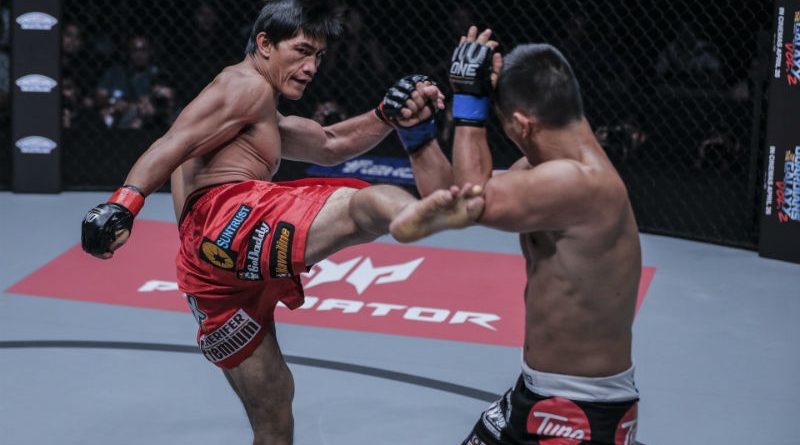 After absorbing a flying knee that knocked him out against Timofey Nastyukhin, Folayang entertained sad thoughts of hanging his gloves permanently when the Philippines should have been in holiday season mode.

But after giving some thought, he withdrew his plan and determined to come back with improvements in his game and turn his luck around.

“I took some time off, gathered my thoughts, and reevaluated my career,” he explained in the ONE interview. “I knew I had to go on, as a martial artist. I knew I had to persevere. I knew the best of me was still deep inside somewhere.”

For much of 2015, Folayang made regular trips to the United States in an effort to polish his skills. He visited many gyms to improve both his striking and wrestling, and the results showed almost instantly.

The Filipino returned to ONE in 2016, and had the best year of his career. He dominated Japanese debutant Tetsuya Yamada via decision in January, followed that up with a thrilling win over Australia’s Adrian Pang later that August, and then came the opportunity to feel how to wear a strap if he takes out Shinya Aoki.

The results were different this time as Folayang’s now is more rounded, coming up with a superb defense while time his strikes impeccably.

Folayang often frustrated Aoki from executing his gameplan of using grappling techniques with brilliant escape maneuvers. At the same time, he mixed some brilliant timed strike moves that Aoki could not defend either.

This match was simply Folayang connecting enough hits to Aoki and allowing what the little left in his tank not enough to recover from the beating.

Folayang will have another opportunity to on Friday, November 10, at the Mall Of Asia Arena in Manila, to defend hid tile and the Filipino pride at ONE: LEGENDS OF THE WORLD.

Coming for his golden strap is ONE Featherweight World Champion Martin “The Situ-Asian” Nguyen. It is the first world champion versus world champion super-bout in the promotion’s history.

Other details of the ONE Championship bouts could be seen at their website: onefc.com