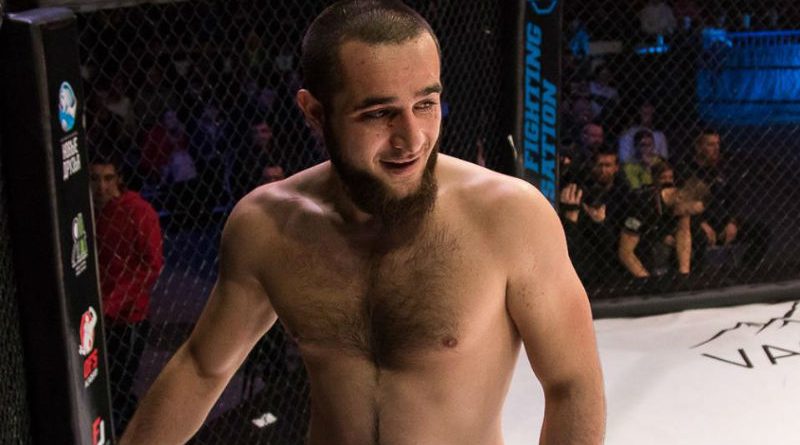 Despite the seemingly insurmountable odds, Atlangeriev believes that great risks result to greater rewards as he has an opportunity to establish himself as one of the premier lightweights in ONE Championship.

The 25-year-old native of Dagestan, Russia is set make his promotional debut under the ONE Championship banner on Friday, May 18, squaring off with a prominent name in the organization’s 77.1-kilogram weight class.

Atlangeriev is slated to lock horns with former lightweight titleholder Eduard Folayang on the undercard of ONE: UNSTOPPABLE DREAMS, which takes place at the state-of-the-art Singapore Indoor Stadium.

“I am super excited to visit Singapore and put on a show,” he said. “I know that he is a former champion and an experienced competitor, but I have no pressure on me. The pressure is on him. It is going to be a wild night.”

A mere glance at both men’s records shows a sizeable gap in experience between the two as Folayang once held the prestigious ONE Lightweight World Championship and has shared the stage with the promotion’s notable figures such as Kotetsu Boku, Adrian Pang, Shinya Aoki and Ev Ting.

Moreover, Folayang is raring to put himself back into the world title picture after losing his lightweight crown to Martin Nguyen by way of second-round knockout in November 2017.

Although he praised the impressive background and the world-class talent of Folayang, Atlangeriev is confident in his own skillset as he steps into the ONE Championship cage for the very first time against the beloved Filipino superstar on Friday.

“To the common eye, it may be a mismatch on paper due to records and experience, but I am confident in my skills. I feel like this is my time to make myself known around the globe. Anything can happen, and I have the skills to finish him,” he stated.

Atlangeriev has an immaculate record in his mixed martial arts run, acing his 11 professional bouts with flying colors.

Known by the moniker as “The Predator” due to his intense demeanor inside the cage, Atlangeriev has gone the distance just once in his prizefighting stint as ten of his 11 career wins have come by way of finish.

“I have fought some crazy people in my career. I know what Eduard Folayang offers, and I know how he fights, and to be honest, I am not really afraid of anything. The only thing I am afraid of is me not giving my 100 percent, and that is pretty much it,” he warned.

Coming off a 22-second stoppage win over Andrey Kurbatov in December 2017 under the Octagon Fighting Sensation umbrella, Atlangeriev seeks to make an impact in his maiden ONE Championship appearance by defeating Folayang.

“I believe in myself more, I have more confidence, and I feel like I am where I am supposed to be. I always knew I had potential, and on Friday, I will show it,” he mentioned.

Even though he faces a tough test in the form of Folayang at ONE: UNSTOPPABLE DREAMS, Atlangeriev believes that he will make headlines by having his hand raised in triumph.

“I want a challenge. I want people to really think it is impossible for me to win because that is when I am going to show them wrong. I am here to shock the world,” he concluded.