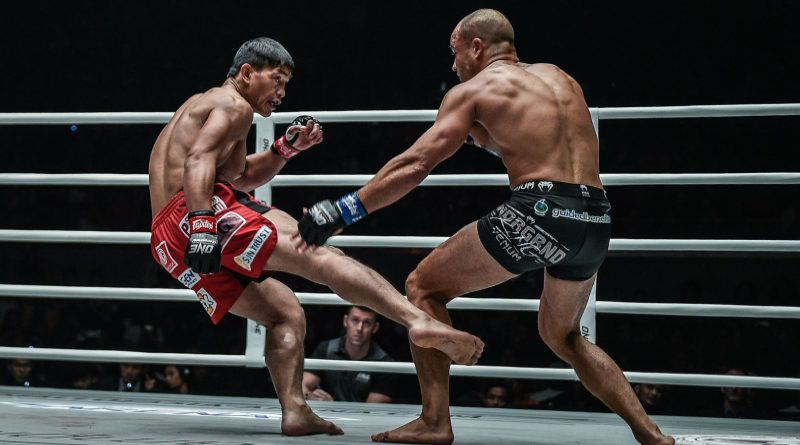 If there’s match that Codilleran MMA followers of Eduard Folayang could redo, the ONE Lightweight World Grand Prix Championship semifinal bout against Eddie Alvarez would rank on top of the list of many.

The “Landslide” lost that match held on August 2, 2019 at the Mall of Asia Arena by rear-naked choke at 2:16 of the first round but not after visibly hurting the American legend.

Folayang was just inches away from registering what could have been the biggest victory of his career but somehow squandered an early advantage and failed to capitalize the situation.

A leg kick he connected dropped “The Underground King” but lost his grip on the opportunity and allowed Alvarez to reverse the outcome.

Understandably, Folayang feels the same way. For him, an Alvarez redemption is on top of his list for his next bout.

The bad taste in the mouth left by this loss had the Cordilleran legend hoping for a shot at redemption against Alvarez.

“Back in our match, I had a lot of regrets,” Folayang recalls. “I made a lot of mistakes… If given the chance, I believe my performance would be a whole lot better.”

Folayang also acknowledged he had let a real shot of reaching the Grand Prix final slip away.

“I definitely got careless in that match,” Folayang admits. “We expected Eddie to be more of a striker, so I was confident when the match hit the ground.”, he said to ONE.

Alvarez is indeed an experienced and dangerous opponent. He started fighting in 2003 and accumulated 30 wins in 38 fights. He has 7 losses and 1 no contest. 17 of his wins came by knockout and 7 by submission.

Alvarez became the first Lightweight champion in Bellator MMA history. He has also seen action in the inaugural Lightweight Grand Prix of the Japanese DREAM promotion.

As of July 4, 2020, Fight Matrix ranks him #3 All-Time Lightweight in the world behind B.J. Penn and Khabib Nurmagomedov.

Folayang is currently mired by an awful skid. After an explosive win against Amir Khan to regain his ONE World Lightweight title in May, 2018, he could only muster just one win in his last four bouts.

He yielded the lightweight title back to Aoki on account of an arm-triangle choke in the first round along with the Alvarez loss.

He was given another chance to fight in the final of the Grand Prix as Alvarez had to withdraw due to injury but had to miss the trip to Japan due to Visa issues.

Even his win against Amarsanaa Tsogookhuu last November, 2019 came with a controversy with the fight stopped prematurely midway through the second round due to a cut caused by an unintentional head butt from Tsogookhuu.

His latest loss was to Pieter Buist, a late replacement, during ONE: Fist and Fury, the last ONE event held with fans last January, 2020 at the Mall of Asia Arena.

Whether a title is at stake or not, a rematch with Alvarez would no doubt treat fans an explosive cage spectacle once this coronavirus induce lull is finally dealt with.

By: Armando M. Bolislis
Banner photo by ONE Championship