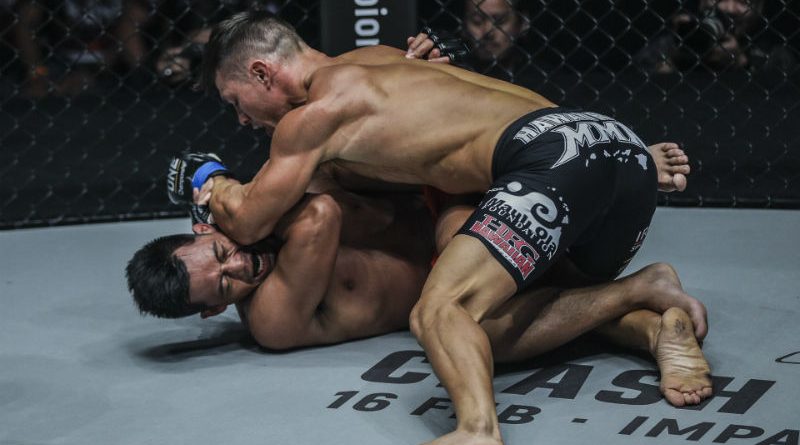 Before ONE Championship’s fifth-ranked lightweight contender Lowen Tynanes made his highly-anticipated return to the ONE Circle, Eduard Folayang and Honorio Banario of Team Lakay expressed willingness to face him in a rematch.

The Hawaiian star squared against former ONE Featherweight World Champion Marat “Cobra” Gafurov of Russia during ONE: Collision Course at the Singapore Indoor Stadium last Friday, 18 December and suffered the first defeat of his career at the hands of Marat Gafurov.

Folayang and Banario, who both lost to Tynanes in the past, wouldn’t mind stepping back onto the battlefield against Tynanes some time in the near future.

Folayang, the former two-time ONE Lightweight World Champion known as “Landslide”, met Tynanes early in his MMA career in 2012, nearly eight years ago.

He suffered a TKO loss due to doctor stoppage after an elbow opened a huge cut above Folayang’s right eye during URCC 22 – Dekada. Tynanes win was the second of his career and dealt Folayang his third loss against 12 wins.

“Lowen is a great wrestler, and he’s always looking to take his opponents to the ground. I experienced that firsthand when we met many years ago.” said Folayang. “The hardest thing about facing Lowen is the threat of his takedowns. It’s not easy to escape the ground once you’re there with him, because of his control. He is very good in controlling his opponents.”

For Folayang, his experience since that loss and being better prepared would be key in a rematch against Tynanes, should it happen.

“I think I’m a much different fighter now compared to before. If we do meet again, I will prepare hard for him,” he said

No doubt, Folayang’s loss to Tynanes is one of the most lopsided of his career and the “Landslide” is definitely looking to take this one back.

On the other hand, Banario, a former ONE Featherweight World Champion known as “The Rock”, recently faced Tynanes during ONE Lightweight World Grand Prix held on January of 2019 and was eliminated by a similar first-round TKO.

Tynanes had complete control of the fight and earned his 10th straight victory against no loss when he got Banario’s  back and rained lethal left hands earn the stoppage 4:46 into the fight.

Banario has nothing but praises for his conqueror.

“Lowen Tynanes is a very strong and explosive fighter. His striking has improved a lot. But his strength will always be his wrestling. When he pins you down on the mat, it’s very dangerous. The ground-and-pound is very strong. He can also submit you.” said Banario.

He, however, feels he could do better if he faced the Hawaiian again.

“If they do give me a chance to fight him again, I will gladly accept. But it will be down at featherweight where I am stronger. I believe I could defend his takedowns better and keep the fight standing. In a standup fight, I can beat him in many ways.”, he continued.

Regardless, both Folayang and Banario were interested spectators of the Tynanes-Gafurov fight. Banario had a failed prediction as he picked Tynanes to win the bout.

8       8SharesThis post has already been read 2149 times!The city identified some twelve priority investment areas that are expected to contribute in efforts