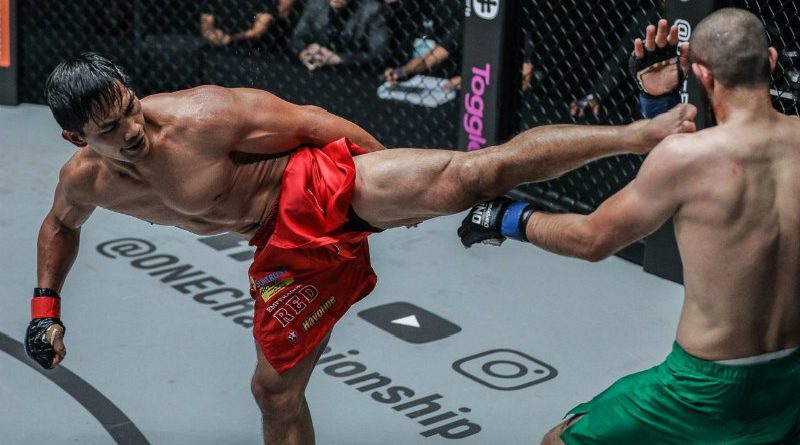 Eduard “Landslide Folayang is back in action in a ONE ring as he is slated to appear in the title matches-filled ONE: INSIDE THE MATRIX, which will be broadcast live on Friday, 30 October, from the Singapore Indoor Stadium.

The former ONE Lightweight World Champion will step back inside the ONE Circle to face Australia’s Antonio “The Spartan” Caruso.

In the main event, ONE Middleweight and Light Heavyweight World Champion “The Burmese Python” Aung La N Sang of Myanmar will defend his middleweight belt against undefeated top contender Reinier “The Dutch Knight” de Ridder of The Netherlands.

Reigning ONE Lightweight World Champion Christian “The Warrior” Lee of Singapore will make the first defense of his World Title against undefeated top lightweight contender Iuri Lapicus of Moldova.

The final World Championship showdown will feature reigning ONE Women’s Strawweight World Champion “The Panda” Xiong Jin Nan of China, who will make her return to the ONE Circle to take on former ONE World Title Challenger, Tiffany “No Chill” Teo of Singapore, in what is a highly-anticipated rematch.

This post has already been read 1070 times!The city is not yet inclined to open inter-regional public transportation to avoid