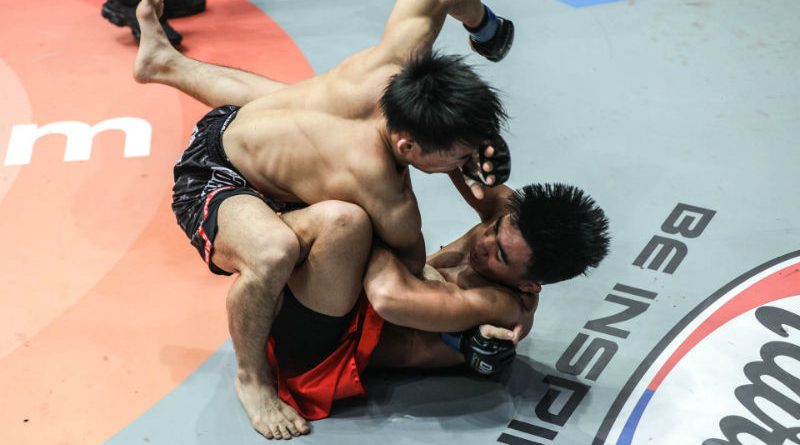 Like his opponent reigning ONE Strawweight World Champion Joshua “The Passion” Pacio, former strawweight titleholder Yosuke “The Ninja” Saruta is predicting an abbreviated fight, in his favor of course.

The Japanese standout is also exhibiting full confidence ahead of their rubber match and believes he can finish the fight before the final bell rings in one of three world title bouts scheduled at ONE: REVOLUTION, which broadcasts live from the Singapore Indoor Stadium on Friday, September 24.

It’s the third and perhaps final fight between the two strawweight dynamos, with each man having one win apiece.

Both Saruta and Pacio are looking to settle the score once and for all in this trilogy.

Ranked the #1 contender at strawweight, Saruta knows what to expect from Pacio, He says the Filipino star will be as dangerous as ever, however, he is also confident of emerging the victor when all is said and done, and walk out of the arena the undisputed strawweight champion.

“I will break Pacio’s fighting spirit, break his will, and finish him between rounds four and five. That’s my prediction. Whether I knock him out or submit him, I am coming for the finish,” a fired-up Saruta said.

Saruta first locked horns with Pacio in 2019, when he surprised Pacio by winning a close split decision to wrest the strawweight belt from the Filipino’s grasp.

The two figured in an immediate rematch shortly after, but Pacio was able to even up the score and reclaim his title via a thrilling head kick knockout victory.

“The Ninja” feels this third fight between them could be a departure from their first two encounters in the Circle, since both men have improved immensely from the last time they were locked in a cage together.

“I’ve fought against Pacio twice already, but it was a long time ago. It’s been two-and-a-half years since we met in the Circle. To be honest, I cannot imagine how much Pacio has improved. I know he’s a better fighter now, but we don’t know how much he has changed since we haven’t seen him fight in a while,” Saruta said.

“If anything, I just want to focus on myself in this match. I’d like to say that I’ve been training very hard and trying to become a better fighter overall. I really want to showcase my skill set, techniques, and fighting style, things that I haven’t shown before.”

At the end of the day, Saruta is extremely confident he will upend Pacio once more and end the night as the victor. Of course, no one will know for sure until that cage door closes.

But regardless of the outcome, Saruta says he’s sure the fans watching will enjoy the epic conclusion to their storied rivalry.

“This fight will be very explosive and exciting from the first round. We are both aggressive fighters who like to push the pace. The fans will be shaking in their seats. They are going to think to themselves, ‘Can these guys continue like this for five rounds?’” Saruta said.

“This matchup has ‘Fight of the Year’ written all over it. Fans will not be disappointed.”

11       11SharesThis post has already been read 1459 times!Winners of the 2021 Productivity Olympics were announced during the First Ever Virtual