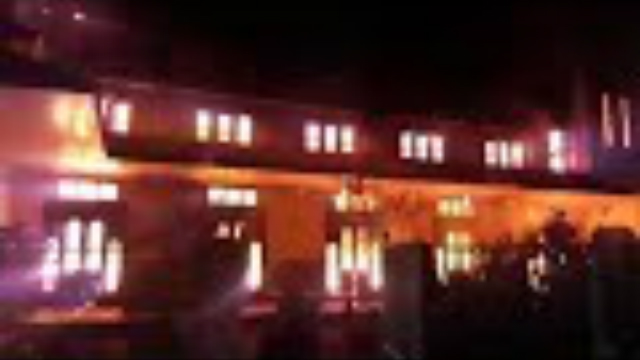 The blaze occurred around 2:00 AM, just after the midnight Christmas mass. Responding firemen were able to put the blaze out in about an hour. No one was reported hurt or injured but all furniture, equipment and church paraphernalia were destroyed.

Faulty electrical wiring is suspected to be the culprit. It was observed that electrical supply inside the church during the mass proceedings was interrupted twice off suspected power line tripping.

The parish set-up a temporary site beside St. Peter Building within the parish compound to conduct masses.

A contributed video shows the fire engulfing the interior part of the church.