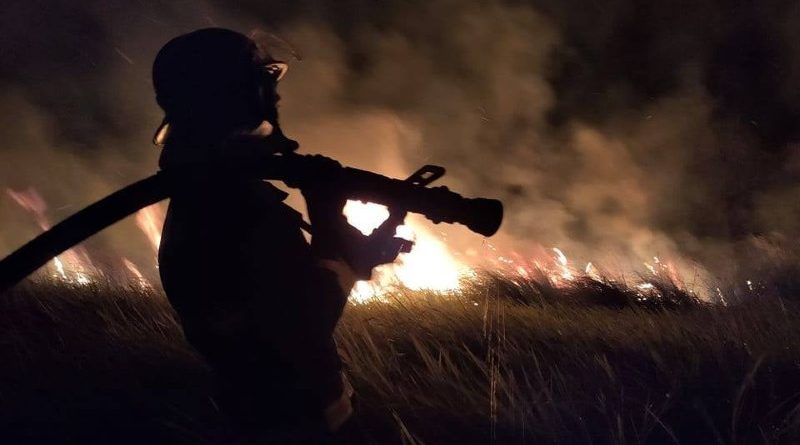 TABUK CITY, Kalinga- Once again, the Bureau of Fire Protection (BFP) is warning everybody against the danger of burning trash near an open area filled with dry combustible leaves.

According to Acting City Fire Marshal SINSP Ronald Rivera, at around 8 AM on April 25, personnel from the BFP-Tabuk responded to a call that a fire was taking place at Sitio Callagdao, near the old Kalinga Hostel.

He said that due to the quick response of the BFP, and with the help of the Special Action Force (SAF) deployed at the Kalinga Hostel, they were able to put out the fire after battling it for two and a half hours.

Rivera added that prior to the BFP arriving at the scene, SAF personnel were already cutting down trees and bamboos, and dowsing the flames with water to stop the fire from spreading further.

Rivera added that the cause of the fire is still under investigation, however, they believe the fire was caused by open burning, meaning, an unknown person had been burning something near the grassland which led to the fire.

He added that the fire burned down 5 hectares of grassland/pasture land, and luckily, only grass and a few Gmelina tree had been in the area and that the estimated cost of the damage is about Php 4,000.00. By Edward Joseph Gacuya