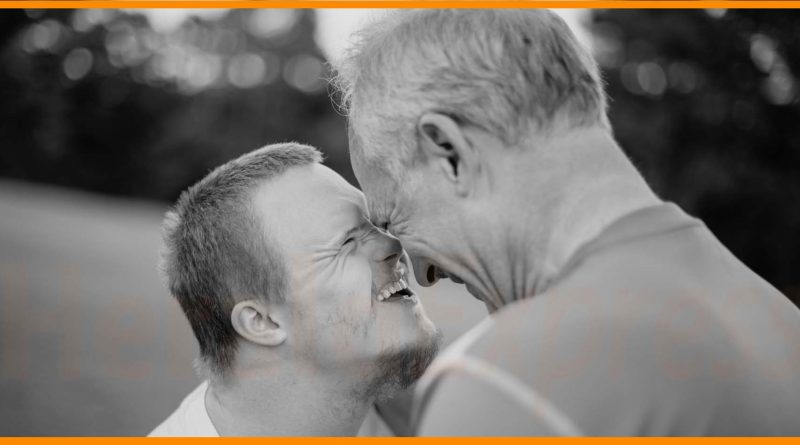 TABUK CITY, Kalinga– Simplicio Santos, a resident of Sitio Burubur, Barangay Bulo, who has been tasked with raising two special-needs children, believes he can go above and beyond to be the greatest father he can be.

Simplicio’s story isn’t out of the ordinary he works on the farm, doubles as a construction worker, and bears the brunt of his family’s responsibilities but his daily load has taken its toll.

He remarked in the interview that he does not grumble about how his life has turned out since it is a struggle for him, and he does not give up easily.

Simplicio, 43, is now a widower after his wife Nora died of a heart attack on April 26. He recounts his experience not for himself, but for his two special needs children, Simplicio Jr., 13, and Liza, 6.

The enduring father revealed the daily challenges of his two kids who, at an early age, were infected with a blood virus that led to cerebral palsy, causing complete alterations in their physical, mental, and social well-being, within their dilapidated home where nine people dwell.

Similar stories were written about children and adults with cerebral palsy, but Simplicio Jr. was the worst of them all. The child is unable to speak, move, or do simple tasks, is irritable and agitated, and has occasional seizures. He “relieves himself” in his confined bed.

Simplicio said he tried for five years to get his son to the Lin-awa Rehabilitation Center in Barangay Bulanao for physical rehabilitation, but it was in vain. His son is being treated with the medicine phenobarbital.

Meanwhile, Liza’s disease has harmed her motor abilities to the point that she is unable to perform tasks that other children her age can. She didn’t even finish day care because of her illness. Her height and weight appeared to have been altered as well.

Simplicio needs to work harder in addition to caring for his two special needs children since he has two other kids to support: “Jun Jun,” 22, a Criminology student at Kalinga Colleges of Science and Technology (KCST), and Jonald, 20, a Grade 11 student at Kalinga National High School (KNHS).

Simplicio’s neighbors describe him as a kind and attentive father to his children, but his income from subsistence farming and seasonal construction work is insufficient, causing him to borrow money the majority of the time.

Thankfully, the Simplicio family is covered by the government’s Pantawid Program and the city government’s Social Pension for Persons with Disabilities.

Simplicio faces a difficult task in standing up to both his mother and father for his children, but as long as he has the strength and determination, he will not give up.

Simplicio shared his story to ask for aid with his two children’s ongoing medicine and a customized wheelchair for Simplicio Jr.

If this tale has moved you, please consider assisting Simplicio and his family. Simply call Simplicio at 0936-6164-662 for assistance.