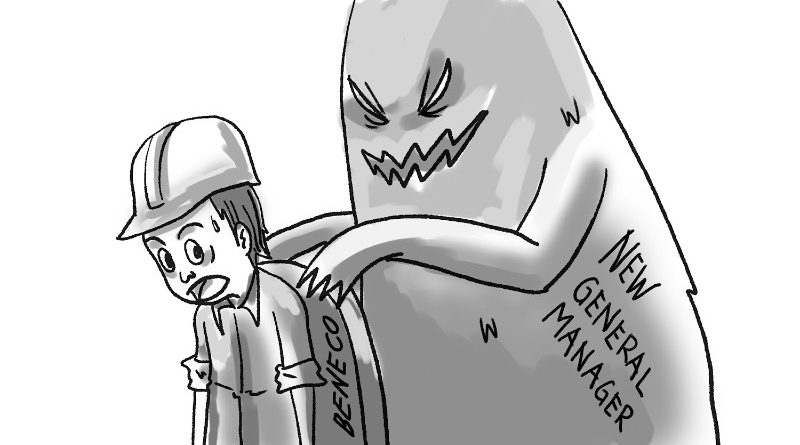 The public hearing recently conducted by the House committee on energy on the brewing controversy in the leadership of the Benguet Electric Cooperative (BENECO) uncovered numerous matters that should have been hidden as secrets if some of the people involved already accepted the fact that they are not actually fit for the position from the start. Anyway, it was exposed by no less than the alternate chairperson of the National |Electrification Administration–Board of Administrators (NEA-BOA) that one of the applicants for the position of BENECO general manager did not actually possess the required educational background and the 5-year experience in the management of a successful electric cooperative or a similar business enterprise. Worst, one of the applicants for the same position was not even recommended by the University of the Philippines College of Psychology for appointment to the sensitive position.

Under the pertinent provisions of Republic Act (RA) 10531 or the NEA Reform Act. The Board of Directors of electric cooperatives is empowered to appoint the general manager of the concerned electric cooperative. Further, succeeding NEA issuances defined the parameters in the selection of a general manager where it clearly stated that in cases of vacancy for the said position, the same could either be opened for application to any interested qualified individual from the industry or the electric cooperative could appoint a ranking official from the existing ranks provided that the appointee meets the prescribed qualifications for the coveted position.

In unanimously approving resolution No. 2020-90 that appointed Engr. Melchor S. Licoben as general manager of BENECO upon the effectivity of the retirement of the late Gerardo P. Verzosa on May 1, 2020, the BENECO board clearly opted to use the second option in the appointment of the general manager.  Thus, right from the start, the said position was never opened for application,  regardless of godfather connections of any interested applicant. Ironically, the NEA-BOA allegedly flexed its muscles beyond its powers and unilaterally decided to accept the application of an interested individual and decided to proceed with the screening process violating all the prescribed rules and regulations in the selection and screening process. It unilaterally proceeded with what was branded as illegal screening process aimed at serving the interest of backers obviously with the intent to position people and secure power right after the May 2022 elections. Obviously, the Duterte allies are now scampering for safety because they do not know their future once the old man or his daughter will no longer be in power by next year.

Despite the evident lying they did in front of the Filipino people during the two hearings that had been called for the said purpose, members of the NEA-BOA continue to insist on pursuing their acts. This, despite repeated warnings that they will surely face a battery of cases in the future in the exercise of their duties and responsibilities, especially in insisting to appoint an unqualified and unrecommended applicant for a sensitive position in BENECO.

If the NEA-BOA was true to its statement that it adhered to the prescribed rules and regulations in the selection process, why did it insist to appoint an “unqualified’ and  unrecommended applicant over and above a qualified one? The answer that lingers in your mind will surely shed light on the matter.

We cannot understand why there are some people who are not able to get the hidden messages behind the insinuations being given by individuals who are fully aware of the legitimate processes in the selection of the general manager of electric cooperatives.

Surely, people who are affected by such actions will not take such things sitting down. If a legal battle gets underway, the operations of our very own BENECO will surely be impacted. The member-consumer-owners should not allow unqualified individuals to be at the helm of BENECO. It will now be fame or shame that will be at stake. People have to rise up and protect the good image BENECO earned through the years. Let us not allow the very cooperative that hurdled the difficulties in the past to go down. Let us ensure it will be managed and operated by competent, qualified, knowledgeable personalities who are fully aware of the intricacies of the country’s complicated power industry.

City alarmed on hike in violence against women cases

December 5, 2021 Dexter A. See Comments Off on City alarmed on hike in violence against women cases

42       42SharesThis post has already been read 1752 times!The City Social Welfare and Development Officer (CSWDO) is alarmed on the reported

No need to suspend excise tax on fuel – Gatchalian

December 5, 2021 Hent Comments Off on No need to suspend excise tax on fuel – Gatchalian
Nation

December 5, 2021 Herald Express News Team Comments Off on Gatchalian urges DOE to be transparent on SPEX-Udenna deal in Malampaya
Nation