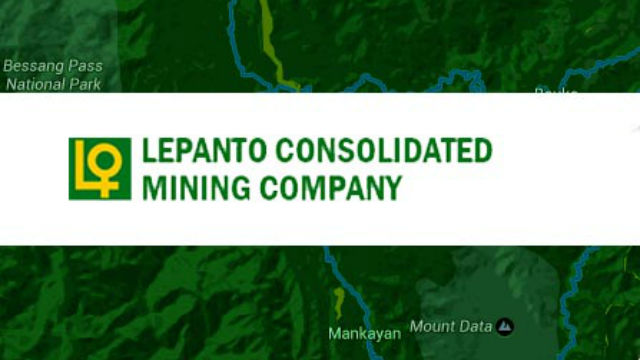 MANKAYAN, Benguet – Concerned sectors in this mining town pressed the management of the Lepanto Consolidated Mining Company (LCMC) to immediately conduct mass testing among its over 1,700 mine workers to detect possible, suspected and probable Coronavirus Disease 2019 (COVID-19) cases for them to be isolated following the sudden surge in cases from the mine camp.

The call for the company to conduct immediate mass testing came after the municipality recorded some 69 confirmed COVID cases Thursday where all the said patients were reported to have come from the mine camp.

In a random interview with some family members of mine workers and representatives from the various sectors in the municipality, all of them believe that now is the time for Lepanto to conduct the required mass testing to be able to identify the individuals who are positive of the virus for them to be immediately isolated so as not to further spread the disease in the mine camp which might stress the local health care system and overwhelm the frontliners who had been constantly working since the start of the community quarantine.

The sources challenged Lepanto management to replicate what Philex Mining Corporation had done when it detected that some of its workers tested positive for the virus as it immediately voluntarily suspended its operations and mandated the conduct of mass testing among its over 2,200 workers regardless of the cost to be incurred for as long as the health and safety not only of its mine workers but also the people in its host and neighboring communities will be protected.

According to them, local officials and health authorities already insinuated to the Lepanto management the need to conduct mass testing among its workers to ascertain the appropriate strategies that should be enforced to contain the spread of the virus but it seems no concrete action was allegedly done by the company officials.

The concerned residents pointed out that the delays in the conduct of the proposed mass testing among the Lepanto workers would mean the exposure of more people to the virus carriers which will be detrimental to public health and safety and could translate to community outbreak that might be beyond the control of both the management and the municipal government.

The sources asserted that they do not want that Mankayan will suffer the same experience as what happened to Itogon that is why they are appealing to the Lepanto management to do its responsibility of spending for the mass testing of its mine workers to prevent the further spread of the virus to the areas outside the mine camp that will affect the efforts of the municipal government in strictly enforcing the prescribed health and safety protocols.

Initially, Lepanto management implemented reduced work capacity underground awaiting the results of the swab test done on some of its workers living in the different bunkhouses.

Previously, Mayor Ayong initiated a meeting between representatives from Lepanto and their counterparts from the Philex Mining Corporation to learn about the latter’s best practices in effectively and efficiently managing the situation in their mine camp following the surge in COVID cases in October.

Lepanto management is currently doing its best to manage the situation to prevent the situation from going beyond its control that will definitely affect the capacity of the local health care system and the frontliners who are working double time to deal with the surge in COVID cases.

The local chief executive also south the assistance of the provincial government, the Office of Benguet Caretaker Congressman Eric Go Yap, the social welfare and development and the Office of Civil Defense for the provision of relief assistance that will be distributed to the families who have been impacted by the implementation of hard lockdown in the mining communities.

Ayong also wrote the State-run Bases Conversion and Development Authority (BCDA) the provision of test kits that will be used for the proposed expanded mass testing among the vulnerable sectors as part of the containment measures to prevent the spread of the virus in the locality.

This post has already been read 515 times!LA TRINIDAD, Benguet –  Benguet Caretaker Congressman and Anti-Crime and Terrorism through Community