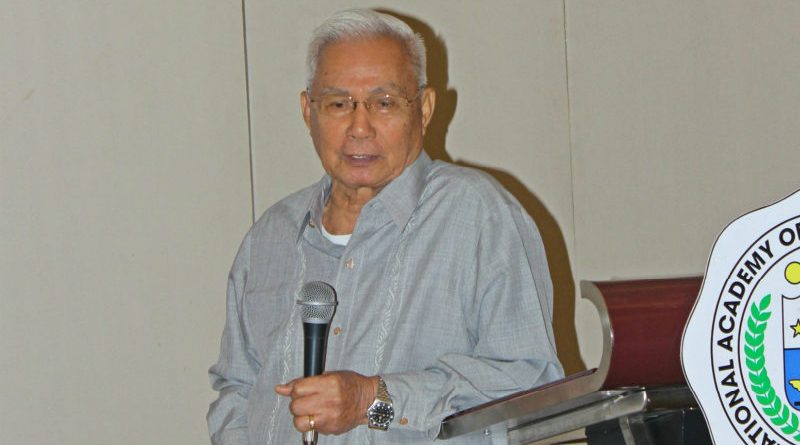 BAGUIO CITY  – The Department of Environment and Natural Resources (DENR) has applauded its former secretary, Dr. Angel C. Alcala, for being one of the 10 people who were named ASEAN Biodiversity Heroes at inaugural awarding rites held in the country last Monday.

Alcala, the lone awardee from the Philippines, is a marine biologist who was proclaimed a National Scientist in 2014 and served as DENR Secretary from September 1992 to June 1995. He is currently a professor emeritus at Silliman University in Dumaguete City.

The 88-year-old Alcala was introduced by DENR Undersecretary for Planning, Policy and International Affairs Jonas Leones, who represented Environment Secretary Roy Cimatu at the awarding ceremony that was attended by other honorees, diplomats, and biodiversity experts and stakeholders from Southeast Asia.

Alcala was cited for his contribution to combating biodiversity loss, notably for creating artificial coral reefs that helped a lot to the country’s aquatic ecosystem.

He and nine other awardees were also recognized for raising greater awareness about biological diversity in the region and supporting ASEAN’s vision of being a single community that champions biodiversity conservation.

Coinciding with ASEAN’s 50th anniversary, the Biodiversity Heroes award is a joint project of ASEAN Centre for Biodiversity, thr Philippine Department of Foreign Affairs, the European Union’s Biodiversity Conservation and Management of Protected Areas in the ASEAN, and the HARI Foundation.

Speaking on behalf of Secretary Cimatu, Leones said the project was “an important step towards inspiring people from all walks of life to contribute their share in combating the loss of our biological resources.”

The ASEAN Biodiversity Heroes award was proof that the region is “teeming with champions in the biodiversity sector,” Leones said.

The DENR official also took the opportunity to reiterate the Philippines’ commitment to preserving the region’s rich biological diversity, especially since the country has recently inaugurated the new headquarters of the ASEAN Biodiversity Centre in Los Banos, Laguna. DENR Release