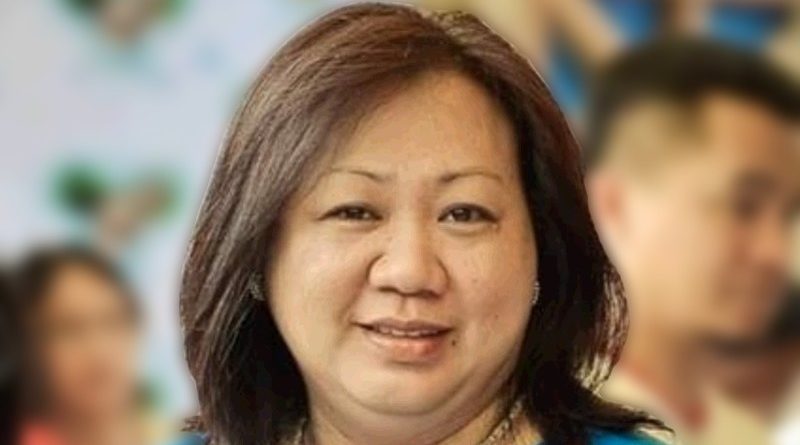 LA TRINIDAD, Benguet – The eldest daughter of the late Rep. Nestor Bagtang Fongwan, Sr. wants to continue the legacy of her father as she wants to have a seat in the provincial board to jumpstart her political career.

Marie Rose ‘Betbet’ Tirso Fongwan-Kepes is actually not new in the province’s political arena having served as the Executive Assistant to her father during his term as mayor of the capital town from 2003 to 2007 and when he governor from 2007 to 2016 where she was in charge of the concerns of women, livelihood, education and social services.

Further, Ms. Fongwan served as the Chief of Staff of his father when the latter was elected as the province’s Representative to the House of Representatives in July 2019 and was absorbed by Benguet caretaker congressman and Anti-Crime and Terrorism through Community Involvement and Support (ACT-CIS) Party-list Rep. Eric Yap before resigning from the said position after she filed her certificate of candidacy (COC) for provincial boardmember.

‘Betbet’ is one of the aspirants for the 6 seats in the provincial board that has been earmarked for the province’s second district composed of the towns of La Trinidad, Tublay, Kapangan, Kibungan, Atok, Bakun, Buguias and Mankayan.

“I want to continue the unfinished business of my late father. I want to start my political career by being actively involved in the legislation measures that will help in advancing the welfare of the women and family which is the basic foundation of our society,” Ms. Fongwan stressed.

‘Betbet’ wants to work on programs, policies, projects and activities that will advance women empowerment in the province so that women will be actively involved in livelihood, education and social services to help in molding them to become productive members of the society.

Ms. Fongwan is also pushing for the establishment of a livelihood center that will help women be financially literate that will translate to improved living condition of their families.

Moreover, she claimed that the center will also serve as an avenue for them to be educated and equipped with the knowledge and skills to face the new normal after the serious negative effect of the Coronavirus Disease 2019 (COVID-19) pandemic on the economic activities of people, especially those from the remote villages of the province.

Ms. Fongwan is one of the candidates for provincial board member of the United Benguet Party and wants to infuse a feminine touch in the crafting of local legislative measures intended to help in advancing the state of the various sectors and in the formulation of an aggressive and inclusive COVID-19 resiliency and recovery plan that will chart the province’s efforts towards recovery after this the ongoing health crisis.

‘Betbet’ is married to Engr. Roy Kawi Kepes, who was her classmate in high school at Don Bosco, from Sadanga, Mountain Province and who grew up in Boneng mines in Atok, Benguet. The Kepes couple is blessed with 4 children; Riva Royse, Novan, Aeverson and Averie Royse. By HENT