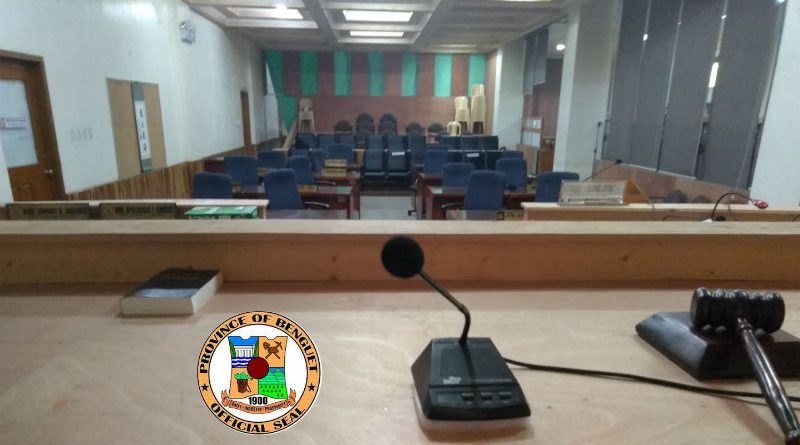 With 13 boardmembers in favor and 1 boardmember abstaining, the board came out with the declaration after Rafael allegedly lied when she told the members of the local legislative body last November 3, 2021 session that she arrived at the BENECO headquarters around 7 am of October 18, 2021 or during the forcible takeover of the cooperative’s headquarters by heavily armed policemen who provided the security for embattled National Electrification Administration (NEA) Project Supervisor lawyer Omar Mayo and Rafael.

The board members took note of a number of video footages with time stamps that showed that Rafael was at the BENECO compound as early as 5 am or even much earlier during the forcible takeover by her camp of the headquarters that caused unnecessary delays in the delivery of the cooperative’s daily services.

Earlier, Mayo was also declared ‘persona non grata’ in Benguet and Baguio City by separate resolutions that were enacted by the provincial board and the Baguio City council because of his spearheading the highly publicized forcible takeover of the BENECO main headquarters that earned the ire of member-consumer-owners (MCOs) who also did their own version of; people power’ to take back the headquarters from the hands of unwanted personalities in Benguet and Baguio.

Initially, the provincial board did not include Rafael in the ‘persona non grata’ declaration because the board members had still to verify her statement that she was not present during the armed takeover of the BENECO headquarters.

In her letter to former Undersecretary Emmanuel Juaneza, Alternate Chairman of the NEA-Board of Administrators, who was recently appointed NEA Administrator, dated October 2, 2021, Rafael requested the NEA-BOA to deputize the Philippine National Police (PNP) and any law enforcement agency to enforce the preventive suspension order against some BENECO officers.

In the enforcement of the order by the deputized law enforcement agency, Rafael suggested to the NEA-BOA to include in their power to employ means and ways which is justified under the circumstances to carry out the purpose of the order; to bodily drag the respondents or bring them out from the BENECO headquarters should they refuse to comply with the order and other powers which may be necessary under the circumstances.

Mayo allegedly led the armed and forcible takeover of the BENECO main headquarters in the wee hours of October 18, 2021 to serve the preventive suspension of the involved personalities who were not physically present in their offices at that time. By HENT

8       8SharesThis post has already been read 2286 times!The city identified some twelve priority investment areas that are expected to contribute in efforts