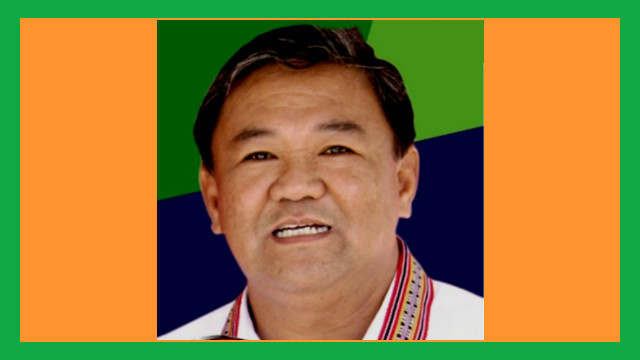 TABUK CITY, Kalinga – Former Gov. Joel C. Baac questioned his successor Gov. Ferdinand Tubban for the alleged realignment of multi-million development funds that were earlier identified by the previous administration as priority projects to projects that seem not to be urgent in the first place.

In his letter to the incumbent governor, Baac lamented the realignment of some P33 million earlier earmarked for the improvement of Bulanao-Laya-Balong Provincial Road for embankment materials with program concrete pavement of which P5 million intended for concrete pavement is now being converted to additional embankment.

Further, he also raised an uproar on the realignment of the P11 million earlier earmarked for the construction of the Magao-gao Bridge Phase 4 which was provided for concrete pavement of 45 meters on both approaches of the bridge for the graveling and embankment.

The former governor also criticized the alleged non-provision of funds for the supposed completion of the children’s ward and wellness center which could have been used by the provincial government for the meantime as the isolation unit that was supposed to have been maximized during the prevalence of the Coronavirus disease 2019 (COVID-19) pandemic.

According to him, it is also evident in the current state that the province is facing that the response to the ongoing pandemic, especially in the availability of isolation units is allegedly lacking when in fact the Bayanihan Funds provided by the national government calls for utmost prioritization for the put up of additional isolation units in the various local governments around the country.

Baac opined that the realigned funds could have been better used to effectively and efficiently address the lack of isolation and quarantine facilities instead of embankment and graveling.

In a related development, Assistant provincial Engineer Jude Dakiwag withdrew his signature on the change order submitted certifying the need to add more embankment work along the Bulanao-Dagupan-Laya-Balong Provincial Road, particularly Laya East and Laya East sections that earlier supported the request to eradicate the concrete program and instead reprogram it to embankment.

He pointed out that the embankment work that was implemented in the original program is more than enough, hence, additional embankment is no longer necessary.

Moreover, the engineer stated that there is need to continue the concrete work indicated in the original program as the same will contribute to achieving road safety and reliability including better and permanent access for the commuters.

“I am doing this to protect may career and to preserve the integrity of the office I represent that has been true to its worn duties and responsibilities,” Dakiwag steed in his letter addressed to Gov. Tubban. Dakiwag asserted that the moral obligation to do what is right will ensure that he will not be bothered by his conscience in case questions on the project will arise in the future.

The proposed additional embankment on the provincial road is allegedly intended to ease the access leading to the gasoline station owned by a still undisclosed provincial official to improve the business climate in the said area.

12       12SharesThis post has already been read 429 times!The ongoing negotiations between the members of the city’s Public Private Partnership for