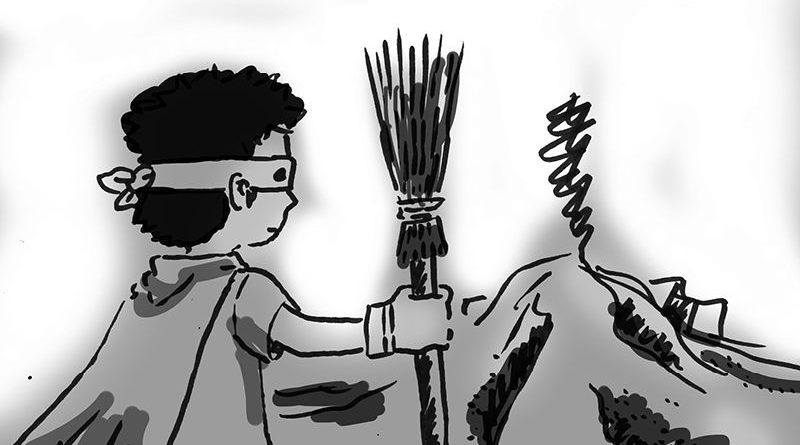 Cleanliness is considered as an important aspect of life considering that people must be clean inside and outside. Individuals are gauged on the cleanliness of their intentions through their behaviour and actuations in life and whether or not they are really sincere in their dealings with their fellow men.

The age-old saying, ‘cleanliness is next to godliness,’ continues to be part of the teachings to the younger generations because it has been a time-honored tradition among the youth. As soon as we are able to understand simple instructions from our parents, we were taught to observe simple cleanliness in the way we deal with things when we were young. Our parents taught us to fix our bed as soon as we wake up, clean our mess as much as possible, help in the household chores, observe neatness in the way we dress up, wash our hands before and after eating and after coming from the toilet among other basic things which we should internalize for us to grow as responsible individuals.

In the moral side of things, we were taught by our parents to always pray before eating and before sleeping as well as attend regular mass on Sundays among other religious activities for us to internalize the good deeds and teachings of the Almighty Father which we should pass on to the coming generations and to our siblings when we will have our own families.

In a broader scope, we were mandated to join civic activities for us to be exposed to the realities in life and as soon as we were able to go to school, we were also given the appropriate directions by our teachers to clean our classrooms and make sure that our rooms are clean before leaving for our homes. During the conduct of Sunday school in our own churches, the young ones are reminded of the importance of internal and external cleanliness for people to be able to set the standards of cleanliness not only inside their homes but also in their surroundings. Baguio City was able to achieve exemplary citations in the past because of the aggressive implementation of clean and green efforts by the previous administrations under former Mayor Mauricio G. Domogan that resulted to the city being recognized as a Hall of Fame awardee in the Search for Cleanest and Greenest Highly Urbanized Cities in 1995. The award was given to the local government to recognize the consolidated efforts of the local officials and the residents in sustaining the cleanliness and greenery of the environment because of the city’s natural scenery coupled with responsible citizens who were able to empower others to adhere to the standards of cleanliness and greenery in their surroundings.

However, as the years passed by, the rapid migration from the rural areas of the country to the urban centers like Baguio city had a serious negative impact to the clean and green efforts not only of the local government but also civic organizations and the people as well considering that tiled private properties, public lands that were identified for public use, forest reservations, safeguarded lands among others were encroached upon by informal settlers who were able to find sustainable sources of livelihood and descent employment in the city which complicated the problems of the local government in terms of being able to manage cleanliness all over the city as even barangay officials were not able to abate the influx of people in their areas of jurisdiction.

People should remember that cleanliness starts in their ownselves, in their homes before spreading in the communities where they belong. Adhering to cleanliness does not need an iron hand but it simply requires the conscience of individuals. Cleanliness is a bottom to top concept because the decision to be clean lies in the individual. While it is true that people have to mobilized sometimes to observe cleanliness in their surroundings, it should not always be the case because we are obliged to maintain cleanliness inside and outside our homes whether we like it or not because having a clean home and environment to work on is the way to go.

If we do not want Baguio to be likened to other places subject of ongoing cleanliness efforts of concerned government agencies and the local governments, let us do our simple part in maintaining the cleanliness and orderliness of our surroundings because our individual and collective efforts in doing so will mean a lot in lessening the burden of our city and barangay officials in addressing such simple things which we should have done in the first place.