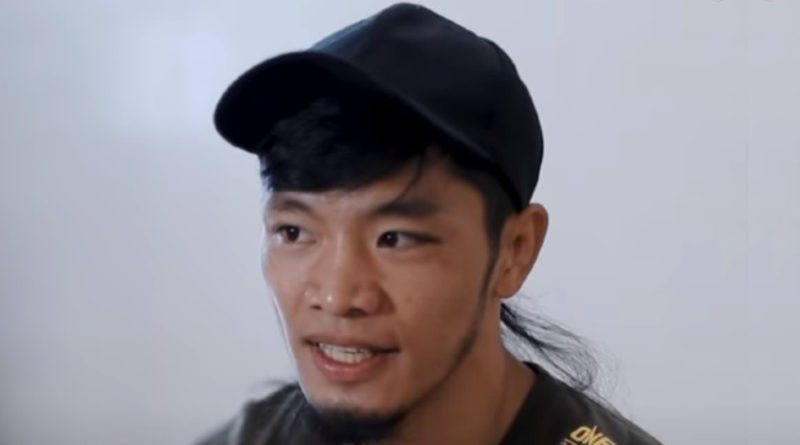 Lito Adiwang may have dedicated his latest fight to her ailing mother but it was the promise he made that would have probably made the mom proud of her son.

An emotional video montage released before the Hiroba Minowa fight during ONE: INSIDE THE MATRIX III by ONE Championship revealed that rising strawweight star’s mother Leticia was terminally ill.

A distraught, teary-eyed Adiwang shared his family’s struggles in caring for his mother just ahead of one of the biggest bouts of his career.

The 27-year-old Benguet native said her mother survived multiple strokes over the past few years.

“In 2016, she had her first stroke. She had to use crutches. In 2019, it got worse. She suffered a second stroke and half of her body was paralyzed.” Adiwang narrated. “From there, her health continued to deteriorate until 2020, she suddenly became bedridden. The doctor told us to be prepared and be tough, telling us about her condition, and her days being numbered.”

Adiwang was hit hard with this development. “As a son, it was very painful. I cannot describe the pain because that is my mother, the one who raised me”, he continued. “The remaining years she is still with us, we need to give everything we can”.

As a typical native male from Benguet, Adiwang is not very much vocal about displaying emotions to parents through words. And majority of them parents don’t mind at all because their children’s actions tell the tales better.

The “Thunder Kid”, however, regrets not saying the words “I love you” to her mother more. “It was a struggle for me to say those words back then. I wasn’t used to saying it and I don’t know how she would react”, he said.

He also narrated what was in store for her Mom had the unfortunate events not taken over the circumstances.

“One of my dreams for her is to bring her out of the country, to places I already have been to”, he said. Looking at things now, this is probably unlikely. I wish I had the chance or ability, financially, to fly her out, to show her the world”.

Adiwang made her mom a motivation for winning the bout. “I need to win this for her”, he emphatically declared.

More than this, though, Adiwang made a promise in behalf of his siblings that perhaps mean more to their mother than winning a MMA match, vowing to continue to showing support and love to her and to be better sons.

Finally, Adiwang paid homage their mother’s bringing them up to become what they are today.

“We came from nothing, but at least now, we are successful in our chosen careers. She did not place us in a situation where we have nowhere to go. One day, when she is looking down on us, she will be happy on how we all turned out. She can proudly say that these are the children she raised”, he ended.

Adiwang has his MMA career on the uptick. True to his nickname, Adiwang has taken ONE Championship’s strawweight division by a loud bang.

He was riding a seven-bout winning streak before the Minowa fight, with only one of those victories reaching the final bell.

Regardless of the result, he has already installed himself as one of the most exciting fighters in ONE that attracts fans to watch the show.

This post has already been read 833 times!The city is not yet inclined to open inter-regional public transportation to avoid