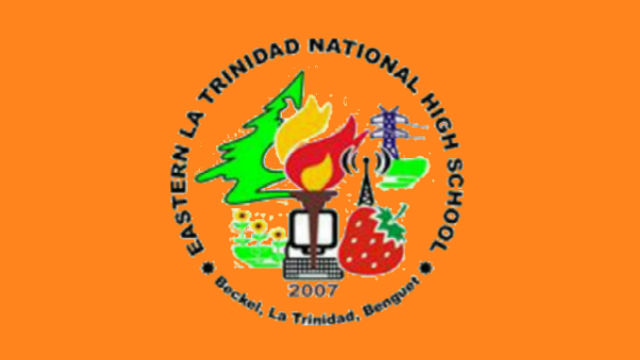 LA TRINIDAD, Benguet  – While classes in all levels both in public and private schools nationwide were suspended on October 16-17, 2017 due to the transportation strike, this did not hold back the turnover ceremony of a computer laboratory building with twenty five (25) laptops, two (2) printers and a router from the National Grid Corporation of the Philippines (NGCP) to Eastern La Trinidad National High School (ELTNHS).

The said ceremony was attended by the faculty headed by the School Principal Alfonso C. Doriano, students, barangay officials, parents, and representatives from STI and the NGCP.  The program started with the passing of symbolic key from Engineer Mario L. Galang, District Head Engineer of the NGCP, to Punong Barangay Allan Y. Maliones, to PTA President Eric A. Dante and finally to the School Head Alfonso C. Doriano. It ended with the signing of the Memorandum of Agreement between the NGCP, Punong Barangay, PTA President and the school head.

In his short message Mario L. Galang said, “Love our small project, a part of our corporate social responsibility.” This is given to communities, especially where their major power lines are passing.  He ends by saying “We are always here for you if you have problems, just contact our corporate and advocacy division.”

On the part of the Punong Barangay, he said that they will join hands with the school in guarding the building and computers.  He also mentioned there should be no reason for students to escape from their classes and go to computer shops since additional computer units were provided.

The PTA President, Eric A. Dante in his message thanked the NGCP and wished them in return for more blessings to come for them to continue their corporate social responsibility.

“Coming here at Eastern La Trinidad National High School was a matter of chance but it is now a matter of responsibility,” were the lines of the school principal in his message. According to him, it is the school’s responsibility to protect the blessings given by the NGCP.  He also mentioned that this project will soon boost the human development resources of Beckel and someday somehow ELTNHS will produce graduates who will become employees of NGCP.

SSG President Dick B. Bumacas Jr. said they are grateful because the project is a great help not only for the school but for the students because it enables them to acquire knowledge and serves as their investment for their brighter future.

Installation and maintenance of the computer units for a year will be shouldered by STI representatives Jaime Blazo Jr. and Sudina Becya as stated in the MOA.