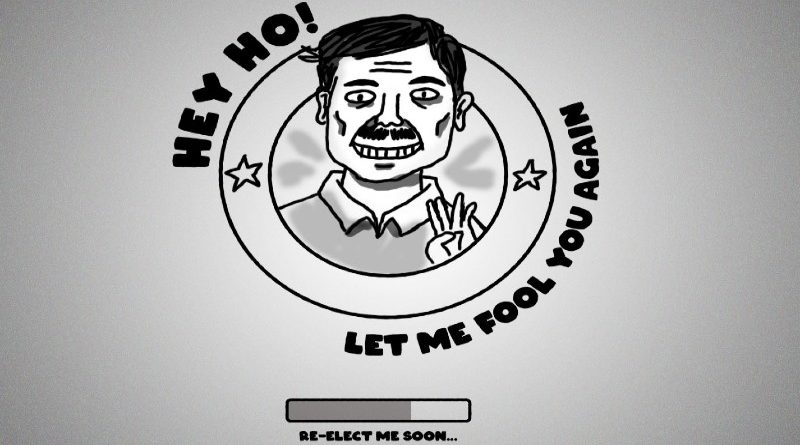 The 1987 Philippine Constitution mandates the conduct of the synchronized national and local elections every three years to be held every second Monday of May. It is exactly one year before the May 9, 2022, elections and aspiring candidates in the national and local levels are now strategizing how to position themselves to win the hearts of the electorate whether as re-electionists or as new candidates.

In the country’s current political set up, three years is too short for effective and performing leaders while three years is too long for incompetent and corrupt politicians and those who simply entered the political arena to advance their own personal, business among other interests. During the preparation stages and the campaign period, aspirants clothe themselves in fairy clothes bringing forth wonderful news to the electorate of bringing solutions to all the problems of the world once elected.

Politics is a numbers game and not mere plus points for whatever that comes out from the mouth of aspirants for the different elected positions in the bureaucracy. The way to win the votes of the electorate is through demonstrated past and present work. As they say, even your dog’s behaviour will be your accountability once you present yourself as a candidate. Not even patience

and perseverance in convincing voters will not be enough to sway the votes in a clean credible election. Of course, money buys votes also, so are guns and goons. While there are many areas in the country that continue to adhere to patronage politics, there are also places whose voters look into the performance and dig into the private and public stature of their leaders before giving a chance to these candidates to serve for the next three years. But on the other hand, it is not also guaranteed that candidates who project themselves as the good guys during the campaign period will not turn out to be bizarre public servants.

There are also politicians who believe so much in themselves amidst their lackluster performances that they still insist on joining the political exercise simply to divide the vote and spoil their opponent’s chances. Many leaders come and go but what is retained by the electorate are the good performers and bad leaders, but the ones with satisfactory performances are the ones being forgotten. It is unfortunate that there are really greedy leaders who want to deprive others of better chances of being elected as by contesting the same positions. Their crab mentality will surely affect the overall image of their families where the members will eventually carry the burden of their ancestors’ actuations.

As the election fever heats up with the upcoming filing of the certificates of candidacy of aspiring leaders on October 1-8, 2021, the electorate should be more discerning in judging who among the present and previous leaders deserve to continue leading us to recover from the serious negative impact of the ongoing Corona Virus Disease (COVID) 2019 pandemic. The economy is down and we need innovative and proactive leaders who will lead us to the proper direction and not cause our continuing sufferings triggered by the ongoing pandemic. Let us learn to assess and evaluate the type of leaders that we need to put in place in next year’s elections because we could see for ourselves the great comparison of leaders that we had and we should have.

We should not allow our biases to prevail on us. Instead, let us internalize the qualities of our leaders should have to bring us to greater heights so that we will not commit the same mistakes as we had done before. We tend to be carried away in believing that because there were officials who exceled in their professions would make them good leaders but we saw and now see that no one has the monopoly of expertise. Let the election fever heat up among the aspiring politicians but let us not be again carried away by their sugar-coated words. Let us not allow our communities to be downgraded by electing leaders who cannot actually lead us to the right direction because of the wrong people around them. Let us put in place leaders who know how to maximize the potentials of the existing work force and resources to elevate our status to a higher level and for people to be globally competitive.