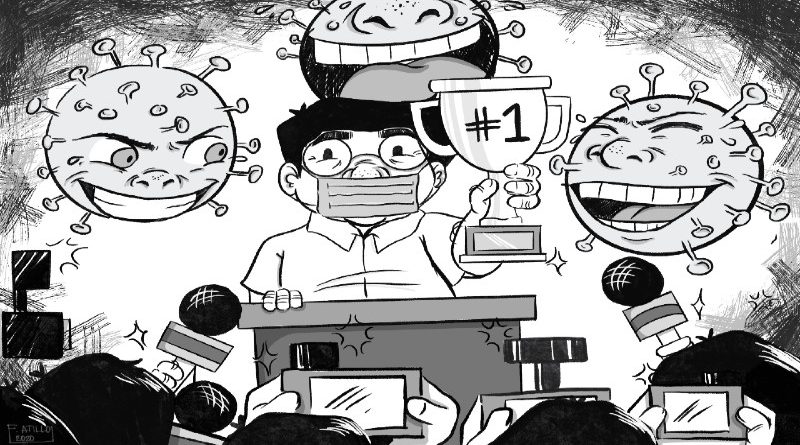 Baguio City had been recognized as one of the few local governments that was able to comply with the standards of the task force during the early stages of the community quarantine. Many other local governments caught up later and even exceed the standards set by the city in terms of tracing, testing and isolation of the confirmed cases, as well as the re-integration of these survivors. No doubt, the city had the people and the resources that could effectively and efficiently handle the situation so well,  but not for long.

The city had been branded by no less than the netizens as the city of experiments because measures taken had been done through trial-and-error where the rules remained dynamic and could be changed anytime there is a change in the situation. In response, city officials had been time and again reiterating that no one expected such magnitude of the pandemic to happen right in their midst that derailed the momentum to build a better Baguio. No one among the present batch of city officials had any experience on how to effectively and efficiently handle the varied situations, thus, responses to the situation  remain dynamic where rules are subject to change in a day-to-day basis. Definitely, all over the world,  the situation the pandemic has brought us has been a learning process especially for authorities. Even experts, both in the scientific field and in crisis management, are learning how to address the dynamic situation.  This situation now calls for sustained time-series studies of the behaviour of the virus in varied conditions, global cooperation, local coordination among local government units, timely information distribution to the public,  consistent implementation of health and safety measures,  a degree of testing a greater percentage of the population, among other measures. However, all these need resources, logistics, finance and human. Most of all, political will.

Locally, the local authorities called for the imposition of strict border controls within the Baguio-La Trinidad-Itogon-Sablan-Tuba-Tublay (BLISTT) area. This caused an outrage among the residents with netizens hurling accusations against what they felt was discrimination and the lack of sufficient consultation on the constituencies involved on the immediate implementation of the aforesaid policy. Local officials responded with a modified downgraded implementation scheme but which still is causing discontent among the people.

The said restrictions were aimed at helping reduce the spread of the virus in the aforesaid areas and for the concerned local governments to be compelled to implement mass testing among their constituencies, some of which actually happened over the past several months. The question now being asked by the netizens is how effective were the restrictions in helping contain the spread of the virus in the local government jurisdiction. Data still show that there is a continuous increase in the daily COVID cases in Baguio, contrary to the purpose of the stricter border controls.

The fact remains that COVID is still right here lingering in our midst which threatens  everyone, especially those who do not want to adhere to the basic health and safety protocols. What city officials and health authorities should actually do nowadays is to elevate their information and education campaign to a higher level to convince people to obey the existing proven health and safety protocols. We no longer need another lockdown because of its heavy impact to the economy that caused millions of Filipinos locally and overseas to lose their jobs and economic activities. People now need to move around to earn for their needs. Further restricting the movement of people who need to earn in the absence of government support for their daily needs, may bring more discontent and anger. Let us continue striking a balance between health and economy. The two issues must go side by side. Let us try to humanize our policies for us to be able to succeed in easing up and allowing the revival of our economy with guaranteed protection of the health of the people.