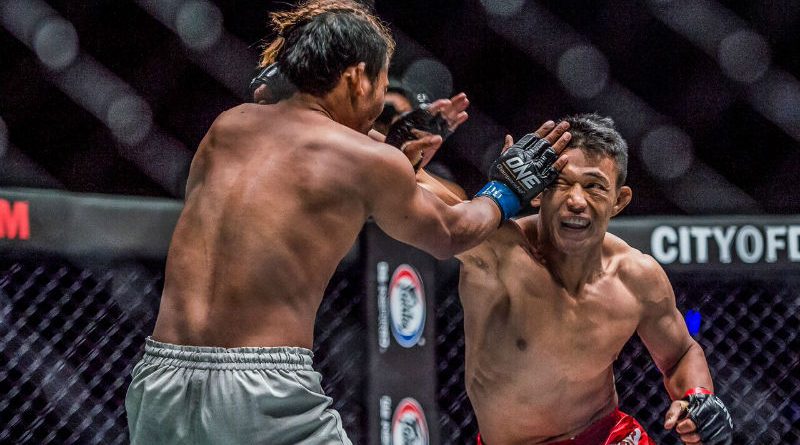 Veteran Team Lakay featherweight Edward “The Ferocious” Kelly will always stay true to himself, no matter the circumstances. After dropping three of his last four inside the Circle, the 36-year-old Cordilleran admits he is motivated to revitalize his career with a victory in his next fight but the thought of hanging up the gloves for good has crossed his mind.

“Yes, I’ve thought about walking away from it all, mostly due to my age. I’m not a young fighter anymore. I know this is a young man’s game,” Kelly said. “I know retirement is just around the corner, because of my age. My mind is willing but I want to test myself and my body.

Kelly plans on using his next fight to discover within himself how much he has left in the tank.

“The Ferocious” locks horns with Egyptian powerhouse Ahmed “The Prince” Faress at ONE: FULL BLAST, a tape-delayed event from the Singapore Indoor Stadium which airs on May 28.

“I miss the thrill of competition and I’m super excited right now to step back into the Circle and give it my all.”

“I want to prove to myself that I still have it. I know I still have two to three good fights in me. I want to show the world my fighting heart,” Kelly said.

Against Faress, Kelly faces a Taekwondo and Brazilian Jiu-Jitsu specialist from Cairo. He is a ONE Warrior Series product making his main roster debut. Featuring a 16-3 professional record, Faress presents a legitimate threat to Kelly.

It has certainly been tough for Kelly, however, he is feeling well-rested and rejuvenated after a break from competition, which he says has allowed him to focus on becoming a better fighter.

“I was much too tense in my previous fights. I need to let loose and unleash the ferociousness inside of me. I think I’m in a good place right now, physically and mentally,” Kelly said. “The time off I’ve had was great in the sense that I was able to do a lot of self-reflection. I really came to terms with where my career is at, and mentally I feel stronger than ever. I’m more motivated now to continue with my career. I want to redeem myself.

“To be honest, I’ve gone back and forth with my coach and my team. They said I was too tense in my fights and that drained a lot of my stamina. We worked a lot on fixing that. It’s a big weakness, but I want to show that I’ve overcome that. I want to show the best Edward Kelly in the Circle.”

“The Ferocious” looked back on his most recent outings and says he has learned a lot about himself from the recent setbacks.

“After that last loss, I sat down with the team and we really went through everything. We dissected every aspect of my game, and we were able to discover a few things I needed to work on. Everyone from Coach Mark [Sangiao] to all my teammates, we discussed how to move forward. Like we always say, we either win or we learn, and this was a learning experience,” Kelly said.

“I just feel like I lacked mental preparation for my recent bouts. The physical training has always been good and I’m always in the best shape possible, but my mind wasn’t in the right place and I just couldn’t execute. Now that we’ve taken the steps to fix that, I feel so much better. I feel like a new fighter.

Kelly was last seen in the Circle in 2019, when he fought four times in just one year. He defeated South Korean grappler Sung Jong Lee impressively by technical knockout, but also surrendered losses to Christian Lee, Xie Bin, and Tang Kai.

“The Ferocious” is now looking to redeem himself in the best possible way against a dangerous opponent in Faress. And he is looking to perform with intentions of making the most of whatever is left of his career.

Kelly understands what’s at stake in this fight, with his career hanging in the balance. If he can defeat Faress, the show goes on and he lives to fight another day.

“Faress is a good opponent. I take nothing away from him. But I do question his fighting spirit. I think that’s where Team Lakay fighters have the advantage. We go out there and put it all on the line,” Kelly said.

“He’s a well-rounded fighter, from what I’ve seen. He’s great on the ground, but I’m also willing to grapple with him all night. I am confident in my grappling skills,” Kelly said.