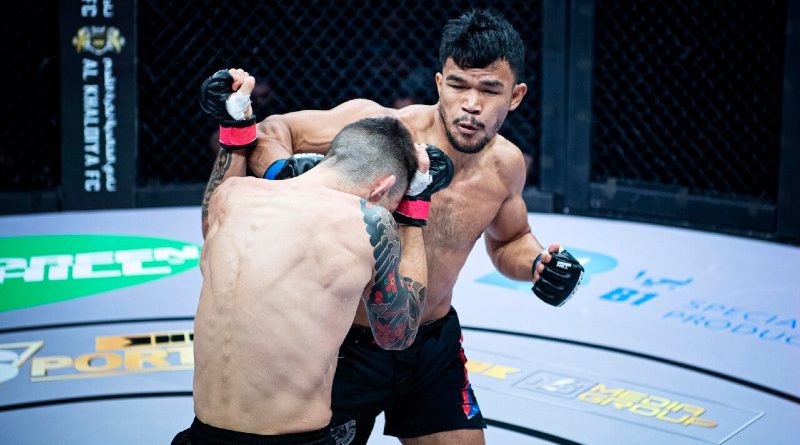 Rolando “The Incredible” Dy has kept a relatively low profile over the past several months, but now, the Filipino mixed martial arts superstar is ready to return to action.

He will be part of the headline card by facing hometown hero Slobodan Maksimovic when BRAVE Combat Federation will make its first foray into Belgrade, Serbia on December 18 to hold BRAVE CF 56 at the state-of-the-art Belexpocentar.

Dy, the 30-year-old son of boxing legend and former WBC Super Featherweight World Champion Rolando Navarrete, has been a mixed martial artist since 2011 and is one of the most recognizable faces of the sport’s well-entrenched scene in the Philippines.

With more than 20 professional bouts on his résumé, Dy has the experience of a seasoned veteran and has seen it all inside the cage.

Always a crowd-pleaser, “The Incredible” utilizes his dynamic boxing background with an impeccable takedown defense to outclass his opponents. He’ll now get the chance to put on a show once more opposite Maksimovic.

In the other corner, Maksimovic has been in the MMA game for more than a decade and has a wealth of fight experience under various outfits on his curriculum vitae.

Ranked as the No. 5 lightweight in the Balkan Peninsula, Maksimovic possesses a beautiful combination of solid striking and grappling skills that has proven to be a potent formula for success as he has amassed a stellar 17-6-1 overall record.

Moreover, the 32-year-old Serbian is riding high on a two-fight winning streak and has won seven of his last eight outings since 2016.

Dy, the 2020 BRAVE CF Fighter of the Year awardee, desperately needs an impressive performance to maintain his status in the stacked 155-pound weight class. Meanwhile, Maksimovic is eager to keep rolling and make a big first impression on the world stage.

In partnership with MMA League of Serbia, BRAVE CF will be announcing more matches for its first trip to Belgrade in the coming days.

BRAVE experienced a groundbreaking year that saw the promotion hold multiple live events in Europe and Asia before the Bahrain-based outfit presents its final extravaganza of 2021.

Before being penciled for this fight, he issued a challenge to English standout Sam “The Future” Patterson, who scored a rousing victory on the BRAVE CF 55 card in Rostov-on-Don, Russia last Saturday, November 6.

Patterson overcame a tough start in his scheduled three-round bout against hometown favorite Kamil Magomedov by persevering through his opponent’s ground game before eventually picking up a come-from-behind win by way of submission in the second frame.

Patterson is no stranger to Dy as the standout from Walford, England called the latter out for a fight last year and took a swipe at him by labelling the Filipino a “journeyman” in one social media post.

Ironically, Dy once filled in for an injured Patterson to face New Zealand’s John Brewin at BRAVE CF 44 in November 2020, where “The Incredible” walked away with the unanimous decision win.

However, Dy veered off the collision course with Patterson after going through a grueling war versus Kyrgyz mauler Abdisalam “Omok” Kubanychbek in a losing effort at BRAVE CF 47: Asian Domination this past March.

Dy is eyeing to redeem himself in the eyes of the mixed martial arts world. His loss to Kubanychbek left a bad taste in the mouth after his glorious 2020.

The Filipino’s unbelievable campaign during the year earned him the promotion’s Fighter Of The Year award.

He first flew to Bahrain for a short-notice bout against Polish knockout artist Maciek Gierszewski on September. Despite having to step up a weight class to take on a bigger and much stronger man, he was more than up to the task as he produced a sensational performance to claw his way to a hard-earned split decision win.

Then the promotion offered him to step in for an injured Patterson in a lightweight title eliminator versus Brewin. On just 14 days’ notice, Dy stepped on the gas pedal from the first minute and never let up over three rounds to score a clear-cut unanimous decision.

He has yet to show if his latest loss was just a fluke.