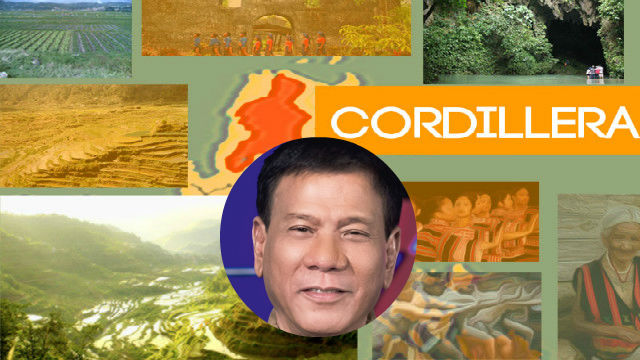 President Rodrigo Duterte assured leaders and concerned stakeholders in the Cordillera that he will be presiding over a peace and order council meeting in the region anytime soon to tackle pressing issues and concerns that would help in stamping out the communist movement before he steps down from power by the middle of next year.

In a video call facilitated by Presidential chief legal counsel Salvador Panelo prior to the start of a gathering of Cordillera officials recently, the President stated that he had been longing to visit the Cordillera to see for himself what is happening on the ground and how government is responding to the issues and concerns of the people but the ongoing Coronavirus Disease 2019 (COVID-19) pandemic and the restrictions on the movement people has prevented him to do so.

However, he disclosed that he will try to convince his security officials to allow him to visit the Cordillera and other similarly situated regions in the country to interact with people and for him to know and understand their concerns that need immediate action by the concerned government agencies.

The Chief Executive pointed out that he wants that insurgency will be eradicated the soonest through the ongoing efforts of the government to end local communist armed conflict that is why efforts are geared towards curbing the communist movement and bringing development opportunities in the countryside which had been deprived of the same because of the presence of the insurgents in the said areas over the past several decades.

President Duterte committed to Cordillera leaders that he will try to provide the needed funding for their identified priority projects depending on the amount because if the same will be so much, then funds for the same will have to be drawn in the proposed annual budget which is now pending deliberations in both chambers of Congress.

According to him, he will try to source out funds from his contingency funds if the identified priority projects of the Cordillera leaders will be feasible for implementation and with least cost so that there will be funds that will left to cater to other equally important programs, projects and activities of the government that need similar requirements.

President Duterte apologized to the Cordillera leaders for his failure to visit the Cordillera provinces over the past 5 years but he will make sure that he will do so in the next several months with proper clearance from his security officials because it is part of rehabilitation as a worker of government to be aware of what is happening on the ground to ensure prompt action on the problems of the people that need to be acted upon.

Provincial, city, municipal and barangay officials expressed their appreciation of the gesture of the President to work with his security officials just to ensure that he will be able to make a visit to the Cordillera and preside over a peace and order council meeting any time soon. By Dexter A. See

This post has already been read 104 times!TABUK CITY, Kalinga – With the voter’s registration extended, the Commission on Elections