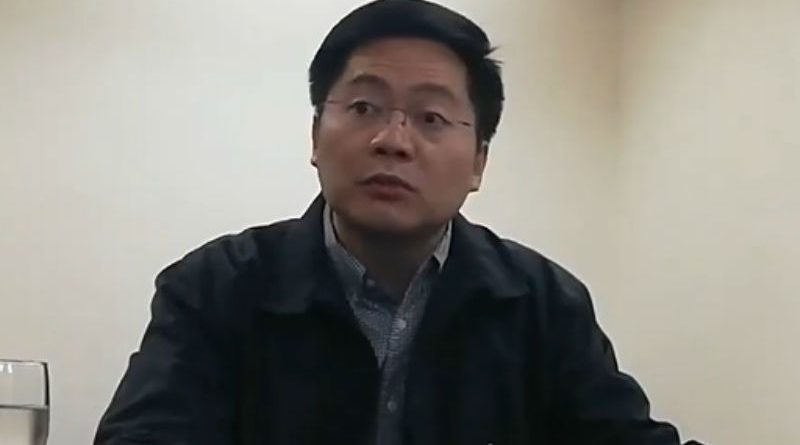 BAGUIO CITY – Cabinet Secretary Carlo Nograles disclosed that President Rodrigo Duterte will certify as urgent priority administration measure House Bill (HB) 5687 and Senate Bill (SB) 1232 which seek the establishment of the Autonomous Region in the Cordillera in due time pursuant to established rules and regulations in the issuance of the presidential certification.

Nograles explained that the President usually issues the certification for a pending legislation in both chambers of Congress as urgent once the same is already in the plenary so as to fastrack its passage, especially when the same is being pushed by the administration.

“Cordillerans must also show to the President that there is an overwhelming clamor for autonomy to help convince the Chief Executive to issue the desired certification to facilitate the immediate approval of the proposed autonomy bills,” Nograles stressed.

The Palace official underscored that the President supports the region’s renewed quest for autonomy considering his hardline position on federalism but he might be waiting for the right time to issue the required certification for the proposed autonomy bills as urgent priority administration measure to convince lawmakers to fastrack the passage of the same so that the Cordillera will be able to achieve autonomous status before the Chief Executive will step down from power by the middle of 2022.

In the case of the newly established Bangsamoro Autonomous Region in Muslim Mindanao (BARMM), the Cabinet Secretary claimed that people in the areas of jurisdiction of the region were able to show their overwhelming support to the clamor for self-governance which convinced President Duterte to issue the certification that the Bangsamoro Organic Law was an urgent administration measure which resulted to its smooth passage in both chambers of Congress.

Nograles urged Cordillera lawmakers who were authors of HB 5687 to start working for the advancement of the proposed autonomy bill in the committee level so that it will be calendared for plenary debates and after which, lobby for the issuance of the certification from the President that the same is a priority administration measure to ensure its immediate approval during the 18th Congress and for the Cordillera to achieve its autonomous status before the expiration of the President’s term.

Earlier, all the 7 Cordillera congressmen filed HB 5687 that seeks to establish the ARC last December 2, 2019 in the House of Representatives while Senator Juan Miguel Zubiri filed SB 1232 that serves as its counterpart bill in the Senate to ensure that the same will be tackled in both chambers of Congress the earliest possible time.

Nograles pointed out that the President is aware of the problems of the current centralized system of government that is why he is aggressive in pushing for federalism and that the region’s renewed quest for autonomy is aligned with the administration’s plan to divide the country into federal states, thus, the need for autonomy advocates in the region to drumbeat the clamor for self-governance to gain the attention of lawmakers for them to fastrack the approval of the same and for the realization of the constitutional provision mandating the establishment of autonomous regions in Muslim Mindanao and the Cordillera.