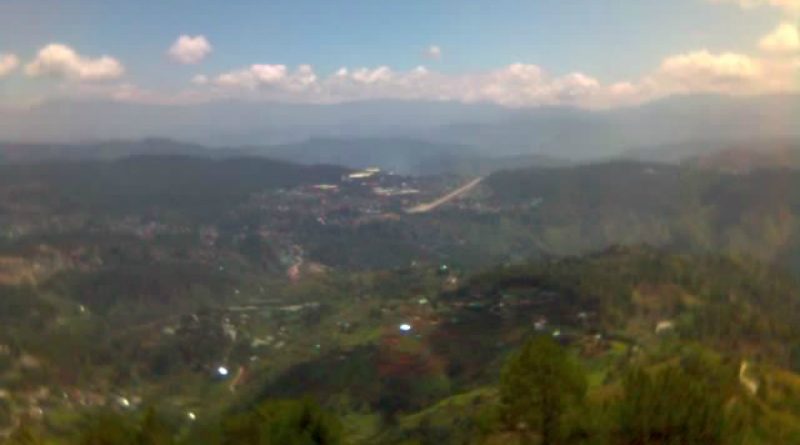 BAGUIO CITY  – President Rodrigo R. Duterte ordered the Department of Transportation and Railways (DOTR) and the Civil Aviation Authority of the Philippines (CAAP) to review and implement the proposed rehabilitation of the Loakan airport in the city to help boost the growth of tourism regionwide and open the opportunity of inter-regional aviation linkages with identified hubs in Davao city and Cebu.

The President was handed pertinent documents on the proposed rehabilitation of the Loakan airport by Mayor Mauricio G. Domogan when Cordillera leaders met with the Chief Executive at the Malacanang Palace in Manila Tuesday night.

Domogan, chairs of both the Regional Peace and Order Council (RPOC) and the Regional Development Council (RDC) in the Cordillera, informed the President that the Loakan airport is the only airport in the region which help to improve the region’s high-end tourist arrivals and opening the opportunity of increased trade with other areas in the country and guarantee additional market for the region’s highland vegetable produce.

Aside from being an economic and tourism booster, the local chief executive pointed out the Loakan airport could also serve as a strategic facility in responding to natural disasters as what had happened when the killer 7.9 earthquake struck the city on July 16, 1990 and when the city was temporarily isolated from other parts of northern Luzon due to Typhoons Pepeng and Ondoy in 2009.

He underscored the importance of improving the equipment and facilities of the airport to serve commercial air travels to and from the city even when the weather is not good or during the rainy season.

“We are elated that the President gave priority to the proposed rehabilitation of the Loakan airport because we really need the airport to significantly improve our tourist arrivals and enhance the transport of our vegetable produce to other parts of the country,” Domogan stressed.

Loakan airport has been closed for commercial operations for over six years now but it still services to chartered and military flights.

Earlier, the RDC-CAR endorsed to the DOTR the rehabilitation of the airport to make it an all-weather air facility to help bring in increased tourist arrivals and robust economic development not only in the city but also in other parts of the region.

Local hotels and restaurants in the city also joined the snowballing clamor for the national government to include as one of its priority projects the rehabilitation and upgrading of the airport as the gateway to the Cordillera primarily for more high-end tourists to visit and advertise to the world the region’s scenic destinations beneficial to the growth and development of rural communities.

Domogan said the local government and the RDC-CAR will try to constantly follow-up the matter with the concerned government agencies for actions that will be taken to help bring back the growth of the local tourism industry.