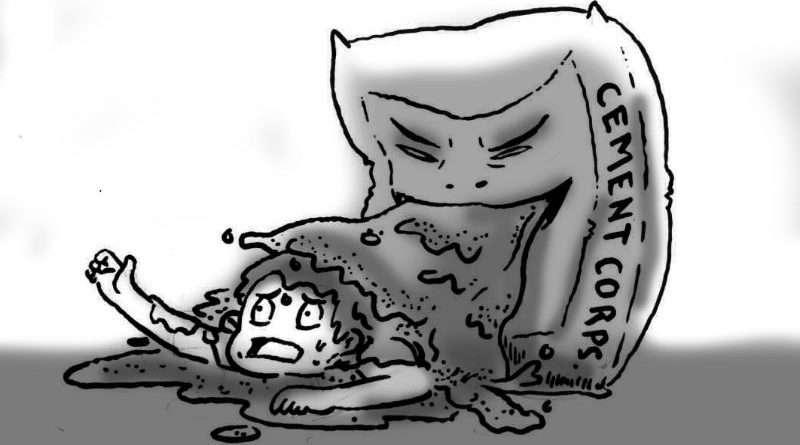 BAGUIO CITY – Concerned construction industry stakeholders and property developers called on President Rodrigo Duterte to use his executive powers to prevent the emerging cartel in the country’s cement industry by setting aside the controversial $2.15 billion merger and acquisition deal between San Miguel Corporation (SMC) and Holcim Philippines, Inc..

Public works contractors, property developers and consumer groups said that the largest merger and acquisition deal in the country’s cement industry will definitely result to a cartel because SMC owns majority of the Pangasinan-based Northern Cement and the Bulacan-based Eagle Cement which will be grossly disadvantageous to the ordinary consumers and the government’s build, build, build program.

Based on separate statements from the concerned public works contractors and property developers, one of the serious negative effects of impending SMC[s monopoly of the cement industry will be the expected uncontrollable increase in the prices of cement that will affect the construction of houses, commercial and industrial buildings and even government infrastructure projects such as roads, bridges and schoolbuildings.

“We believe in the conviction of the President who is against any oligarchs that want to control major industries in the country for them to dictate on the supply of basic commodities, thus, he must already shelve the questionable deal to avoid the emergence of a cartel in the cement industry that will surely make life difficult for the Filipinos, “one of the property developers in Northern Luzon stressed.

The sources challenged militant groups to help them bring the matter to the immediate attention of the President and other bodies that regulate competition like the Philippine Competition Commission (PCC) not to favourably act on the merger and acquisition deal between SMC and HPI because its impact will have a serious negative effect on the living condition of Filipinos.

Lafarge-Holcim recently sold its assets in Indonesia, Malaysia and Singapore.

it has a huge share on the Bulacan-based Eagle Cement. With the current set-up of ownership of

the latter, the proposed merger of the SMC and HPI will definitely result to a cartel, which will

be grossly disadvantageous to the Filipino people based on the assessment of experts from the construction industry.

The sources asserted that the effect of the merger of the cement manufacturers is already crystal clear even to the common Filipinos, thus, authorities should already start getting their acts together to prevent the monopoly instead of adopting a wait and see scenario which could be rather late in the day, especially when the deal will be favorably acted upon by the PCC.