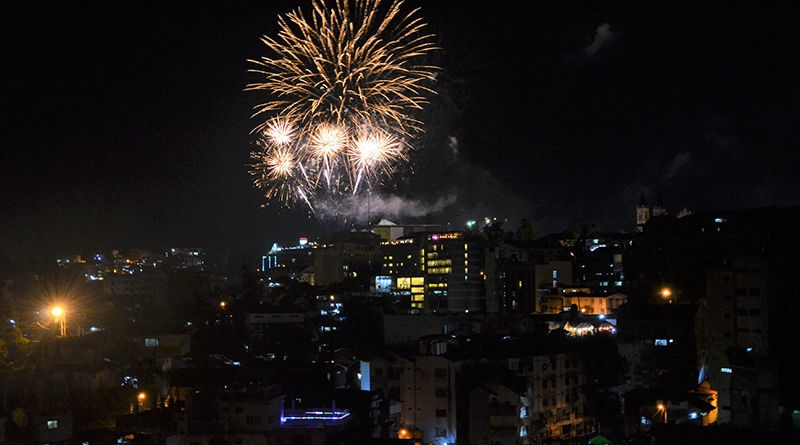 Residents in the city will be experiencing a new treat by the city in welcoming the new year with a sophisticated drone light show coupled with a pyro-musical event at the Melvin Jones football grounds on December 31, 2020.

Supervising Tourism Operations Officer Engr. Aloysius C. Mapalo reported the drone light show by the same sponsor on December 25, 2020 to pave the way for a much longer showcase of lights, shapes and formations will serve as the city’s major attraction for the New Year revelry.

He pointed out that if the drone light show will be conducted in separate dates, particularly on December 25 and 31, the duration of the exhibition will be about 6 minutes each but when done on a single date, specifically on December 31, the show will be around 14 minutes.

Mayor Benjamin B. Magalong said he will try to make the necessary representations with the organizers of the show to extend the same up to 20 minutes to entertain the public at the football field or through live streaming.

He claimed the city government will designate spaces for a limited number of people who can attend the New Year countdown to show to the Filipino people how activities are done in the city with strict adherence to the health protocols on the mandatory wearing of face masks and shield and the observance of physical distancing in public places.

According to him, the city will not restrict the presence of people who want to be physically present at the Melvin Jones football grounds but efforts will be done to ensure that limited number of people will be occupying the designated spaces for them to be able to observe physical distancing.

The mayor explained the drone light show will be sponsored by kindhearted donors and the free conduct of the said show will only be done in Baguio and Manila City.

Mapalo disclosed the drone light show will cost more than P1.6 million to be shouldered by the organizers as part of their contributions in helping revive the city’s tourism industry and no public funds will be spent for this.

Earlier, the city government decided to cancel the numerous activities lined up for the month-long Christmas in Baguio 2020 to prevent the rapid spread of the dreaded Coronavirus Disease 2019 (COVID-19) that might stress the local health care system and overwhelm the frontliners.

The city tourism officer promised the public the drone light show will really be a fantastic event worthy of viewing either physically or through the various social media platforms to welcome the new year with a smile and with prospects of a bright future amidst the crisis caused by the COVID-19 pandemic. By Dexter A. See

This post has already been read 876 times!LA TRINIDAD, Benguet –  Benguet Caretaker Congressman and Anti-Crime and Terrorism through Community