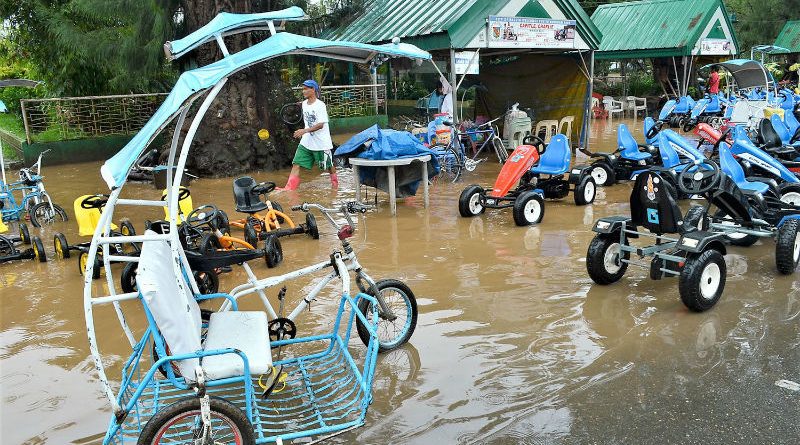 The completion of a multi-million drainage project that will cut across Burnham Park will permanently solve the perennial flooding in the city’s central business district area, especially during the onslaught of heavy downpour.

City Administrator Bonifacio dela Peña stated that funds for the completion of the multi-million drainage system project had been provided under the annual budget of the public works department last year and for the current year to ensure that the perennial flooding in the city’s central business district will be immediately addressed.

He added that the project will involve the use of the latest technology in the installation of the drainage system to ensure that it will be able to effectively and efficiently be used to channel the huge volume of water from the highly elevated areas around the central business district to the main drainage system up to the Balili River where it will discharge the same.

The city administrator said that the drainage system project being implemented by the public works department intends to connect the same to the main drainage tunnel of the city that was constructed over 2 decades ago to prevent the occurrence of floodings in the central business district area, especially during the onslaught of heavy rains where huge volume of water directly flow to the said system which cannot handle it based on the current state of the system.

The completion of the connectivity of the city’s main drainage system is one of the major projects of the local government in close coordination with the public works department which provided the funds to put up the aforesaid project right in the heart of the city.

According to him, the local government and the public works department are aligned in the identification and prioritization of the major infrastructure projects that should be funded and implemented in the city that is why significant development projects are currently underway and will be implemented in the different parts of the city in the coming months to help in spurring the city’s growth and development.

He claimed that the use of the latest technology in the implementation of the project will help in significantly reducing the inconveniences that will be experienced by the people and will ensure the immediate completion of the drainage system which will right in time for the onset of the rainy season where there will be again a huge volume of water that will be flowing in the city’s major roads and discharging in the drainage system that had been put in place.

The local government department head appealed to residents who will be encountering slight inconveniences when passing through the project site to be patient in understanding the situation because such temporary inconvenience will be replaced with permanent convenience after the completion of the project.

He admitted that based on the current state of the city’s drainage system, it cannot hold the huge volume of water flowing into it during heavy downpour that is why there are flooding incidents in some parts of the central business district due to the time needed for the same to subside, thus, the need to already rehabilitate the drainage system so that it will be able to hold the increasing volume of water and prevent floodings around the city.

By Dexter A. See
Photo by Joseph B. Manzano