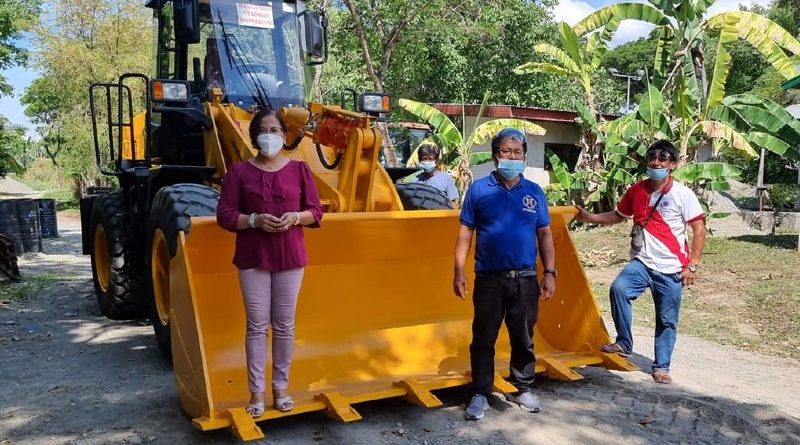 DPWH-LKDEO officer-in-charge Engr. Ruby Uyam stated that funds for the purchase of this heavy equipment came from savings of the district office but the bidding for its procurement was done by the regional office because the amount exceeded the prevailing limit for the district.

She disclosed that the existing heavy equipment being used by the district office in its road maintenance works are second-hand equipment from the DPWH central office.

Earlier, the DPWH-LKDEO saved some P5 million used to procure the ladder that served as the district office’s brand-new equipment in 45 years.

However, Uyam explained that since the limit of the procurement of equipment is only P3 million for the district offices of the agency, the same was bid out in the regional office which resulted to the purchase of the brand-new loader.

According to her, the DPWH-LKDEO is spending a significant amount for the maintenance of the second hand units of equipment from the central office to ensure they are functional for clear road debris and other related works.

The district engineer expressed her gratitude to the DPWH central and regional offices for initiating the means for the DPWH-LKDEO to have its own brand new equipment after 45 years of waiting.

Uyam claimed that the availability of the brand-new loader will reduce office expenses on the maintenance of the equipment and ensure the immediate and timely road clearing and maintenance works on various national roads that are located in the towns of Pinukpuk, Rizal, Tanudan and Tabuk City.

She revealed that the delivery of the procured brand-new loader will definitely boost the agency’s efforts to timely respond to road maintenance and clearing works to ensure that all roads leading in and out of the province will always be open for the convenient travel of motorists.

5       5SharesThis post has already been read 4629 times!The city is looking for a private entity that is willing to partner