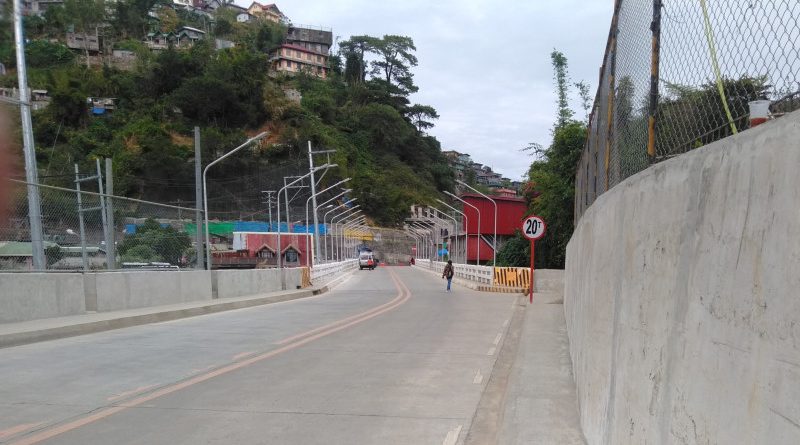 BAGUIO CITY – The Department of Public Works and Highways – Baguio City District Engineering Office (DPWH-BCDEO) asserted that the more than P88 million Baguio bypass bridge project that links Magsaysay Avenue to the Ambiong-Rimando Road is structurally safe contrary to the insinuations of Mayor Benjamin B. Magalong that the newly inaugurated infrastructure project substandard based on mere observations of evident defects that is subjected to corrections by the contractor.

DPWH-BCDEO construction division head Engr. Alfredo Bannagao, Jr. stated that the defects on the cosmetics and some portions of the bridge that was observed by Mayor Magalong during Tuesday’s inauguration is subject to correction by the contractor and covered in the defects and liability period of the project, thus, the completion of the bridge will not be formally accepted by the agency until such time that the defects shall have been properly corrected.

Further, he pointed out that the defects that allowed the mayor to conclude that the project is substandard did not affect the structural integrity of the bridge and that the same had been realized through time as the project was completed in February last year.

The DPWH-BCDEO official claimed that a portion of the steel gender bridge was damaged when the Benguet Electric Cooperative (BENECO) erected its fence to protect its property and substation in the area but the same did not affect the structural integrity of the project and that the said defects are also being corrected to allow the contractor to catch up with the prescribed one-year defects liability period.

The engineer emphasized that the evident defects on the cosmetics of the bridge was caused by the lapse of time since the project was completed nearly a year ago and the vehicles that might have passed through the area thereby rubbing the surface and even the sides but the same does not have an effect on the way the bridge was constructed as the contractor went beyond the prescribed standards in the prosecution of the infrastructure project.

According to him, to allege that the project is substandard without concrete evidence is unfair, unfounded and baseless aside from being malicious as it puts the implementing agency and the contractor in bad light when the bridge project was done even beyond the plans and specifications that had been provided for the bridge.

He stipulated that even the contractor is willing to subject the bridge project to the required test to ascertain its structural integrity to negate whatever doubts that were casted on the project by mere observations of non-experts because it is the company’s integrity that had been subjected to trial by publicity.

The Baguio bypass bridge has a length of more than 76 lineal meters that link Magsaysay Avenue and Ambiong-Rimando Road. It was envisioned to serve as an alternate route for motorists wanting to go to Ambiong and the Aurora Hill area and La Trinidad and vice versa without being stocked in traffic in the city’s central business district area.

He assured the public that the agency always adheres to the government’s policy on transparency and accountability to ensure the completion of quality infrastructure projects that comply with the prescribed and approved plans and specifications suitable for the funding provided for the said projects under the annual budget.