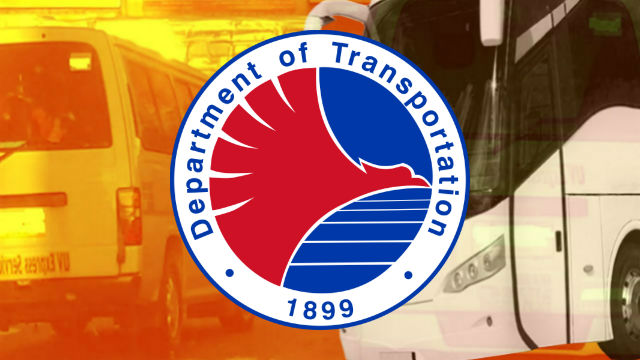 BAGUIO CITY – Regional director Jose Eduardo Natividad of the Cordillera office of the Department of Transportation (DOTr-CAR) will respect the decision of Transportation Secretary Arthur Tugade suspending him and his alleged erring deputy, Mahammad Naser Abbas, preventively for three months while Abbas, who seems not to accept his relief, will take a different stand by reportedly filing a motion for reconsideration for the lifting of the preventive suspension as he already answered the serious charges against him.

Natividad pointed out that there is a need to allow the legal process on the formal charge that was filed against him and Abbas so that he can further present additional pieces of evidence and witnesses and for him to confront his accusers to prove that all the allegations that were filed against him by Abbas were fabricated and were primarily intended to malign him.

Earlier, Secretary Tugade ordered the preventive suspension of Natividad and Abbas for 90 days while cases of alleged corruption that were filed against them are being investigated by the top brass of the agency.

Natividad was charged by Abbas for allegedly demanding money in exchange for a favourable decisions relatives to applications for certificates of public convenience (CPPPCs), purportedly requiring district heads for monthly remittances, complacency, frequent absences and failure to intensify the campaign against colorum vehicles.

On the other hand, Abbas was charged by his alleged victims for extorting money from operators of colorum vehicles and vehicles that were issued provisional authority and CPCs in exchange for the release of impounded vehicles among other illegal enforcement activities.

Further, Abbas was also charged by a certain Regina Migano for gun brandishing and totting.

Lately, Abbas was also charged by members of the Cruz, Alapang, Bahong, Alno Cooperative Drivers Association (CABACODA) for alleged extortion in exchange for the promised franchise for their Tamaraw Fx vehicles but the same was never issued to them to date.

During the conduct of inquiry by personnel of the DOTr-CAR central office, all district heads personally appeared and vehemently belied the allegations against Natividad on the demand for monthly remittances, saying that they could not do so because they are aware of the government’s campaign against corruption and they do not want their careers to be compromised.

Moreover, the affidavits of alleged extortion that were submitted against Natividad were obviously fabricated aside from the fact that his absences were justified considering the need for him to attend to officials functions inside and outside the region.

“We welcome the decision of the DOTr central office because we will be given a fair chance to face our accusers and submit additional evidence to refute the allegations against us,” Natividad stressed. By HENT