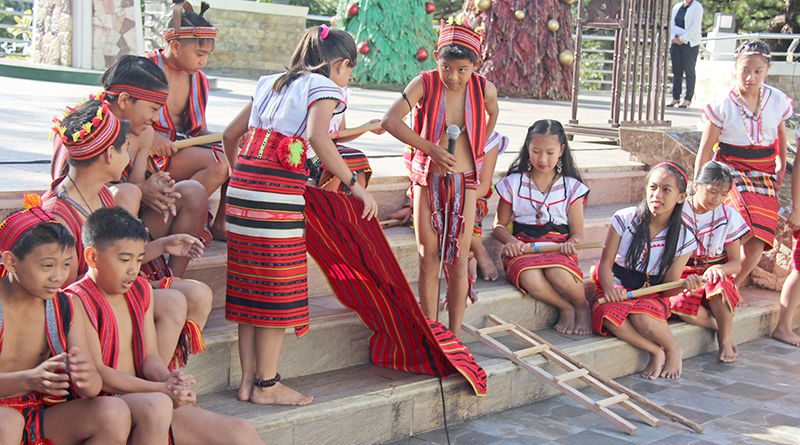 During the commemoration of the 2021 Indigenous Peoples (IP) Month celebration held on October 29, Adviser to the City Mayor on Indigenous Knowledge, Systems and Practices Geronimo Donaal explains why Tabukeños celebrate the IP Month and its significance.

“We are called IPs because we share a common bond of languages, customs, traditions and other cultural traits. That despite the differences in our languages, we understand each other,” he said.

Prior to answering why the need to celebrate, Donaal stated that before, “we were called cultural minorities, implying that we are only second class citizens. We were branded as uncivilized people, barbaric, uneducated and many degrading words and statements described us,” he continued.

Donaal also said that in the process of learning our colonizers’ culture, we were slowly losing ours.

“When I was asked about the history of the village where I was born, I did not answer because I did not know. The reason is because we were never taught those in school,” he said.

In his message, Dona-al went on to say that, for him, people celebrate the IP month now because the government recognized that the IPs are no longer minorities.

As provided under Article XIV, Section 17 of the 1987 Philippine Constitution, Donaal stressed that there is now a law defining the rights of the IPs which is Republic Act No. 8371, or the Indigenous People’s Rights Act of 1997, otherwise known as IPRA.

Under the IPRA, IPs have been given the four bundles of rights, the right to Ancestral Lands/Domain, Right to Self-Governance, Right to Cultural Integrity, and Social Justice and Human Rights.

At present, the educational system is now responding to the peculiar and unique needs of the IP learners through the implementation of the Indigenous Peoples Education (IPED).

According to Dona-al, that is the very essence of the celebration, the opportunity to re-learn ourselves, and to reflect.

This post has already been read 2672 times!The city identified some twelve priority investment areas that are expected to contribute in efforts