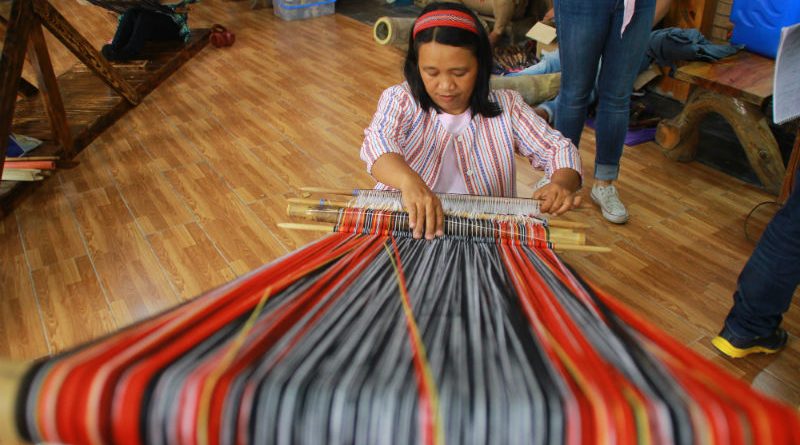 The city government announced that the Dominican Heritage Hill and Nature Park will serve as a haven for artists and artisans for the city’s creative sector to aggressively promote their works of art and enhance the city creative economy.

Mayor Benjamin B. Magalong said that the city government will never allow a foreigner or multinational companies to take over the government property but instead it will serve as an artists’ haven to help sustain the designation of Baguio City as a Creative City for crafts and folk arts by the United Nations Educational, Scientific and Cultural Organization (UNESCO) Creative Cities Network.

He added the city government already advised the artists and artisans to get their acts together to formulate their conceptual development plan for the Dominical Heritage Hill and Nature Park for them to contribute in helping the city sustain its designation as a creative city for crafts and folk arts.

The city chief executive said that upon receipt of the conceptual development plan of the city’s creative sector, the city government, in close coordination with the stakeholders, will work on the preparation of the detailed architectural plans to be used to source out the needed funds for the conversion of the area into an artists haven.

According to him, there will surely be interested funders for the proposed creative project thus it is important for the artists and artisans to prepare the required conceptual development plan for the site so that the city government can proceed with the next steps to secure resources to make the plan a reality.

In 2004, the Presidential Management Staff (PMS) conveyed to the city government the over 5.2-hectare property that included the Dominican Heritage Hill and Nature Park with 3.2 hectares remaining with the city while the 2 hectares will be for the Sandiganbayan property.

Under the deed of conveyance, the city government is mandated to pursue the development of the area into one of the tourist destinations in the city and make the area suitable for various religious activities of different religious organizations existing in the city.

The area also serves as the site of the biggest ten commandments building that was included in the Guinness Book of World Records.

The Dominican Heritage Hill and Nature Park was the venue of the first-ever Creative Arts Festival in the city dubbed ‘ENTACool’ 2018 which was part of the initiatives of the city government to drumbeat its declaration as a UNESCO Creative City for crafts and folk arts. The city has been mandated to sustain the aforesaid effort for a 4-year period subject to review, validation and assessment by the designating body to ascertain the city’s compliance to the prescribed rules and regulations that must be strictly observed while Baguio City is declared as a creative city, the first in the country with Cebu City being conferred the same designation specifically for designs.

LA TRINIDAD, Benguet – The municipal inter-agency task force for the management of emerging and re-emerging infectious diseases is not