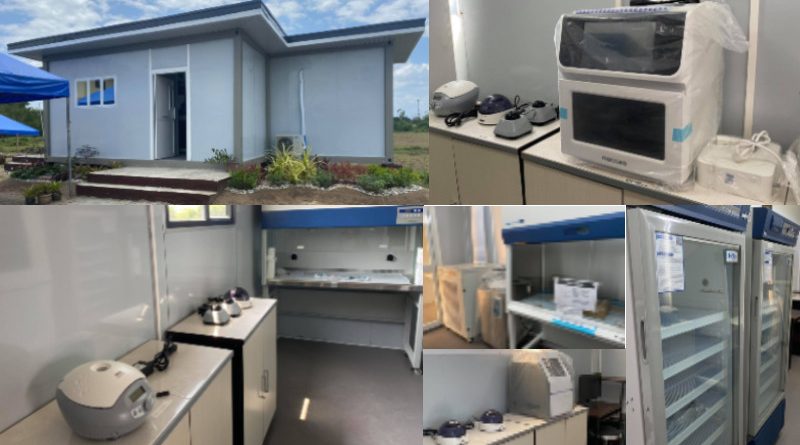 “Kaming nasa health sector masaya kami pagka merong local chief executive and local government na isa sa priority ang health, not only because health is good politics but also because duon mo makikita ‘yung concern on the health of the people,” Santiago said during the blessing and inauguration of the facility.

The operation of the lab significantly cuts the waiting time of Tabukeños for their test results, which used to take at least three days as swab samples have to be sent to either Baguio City, Isabela, or Cagayan.

The official gave assurances that the DOH will be helping the city in its testing program. “We will be partnering with you. We will be providing the [testing] kits,” the official promised.

Tabuk City has never charged for COVID-19 testing and will continue not to, assured Mayor Darwin Estrañero.

“Since we started with the antigen testing, we never charged any amount to any person na nagpapa-test,” the local chief executive said.

“We will not be charging an amount because we will be subsidized by the Department of Health for our need for the reagent, among other things that are needed in the operation of this RT-PCR [laboratory],” he added.

To help with the DOH’s efforts to fight the pandemic, the mayor said the Tabuk City molecular lab will be opening its doors to swab specimens from other municipalities in Kalinga and even nearby areas in Cagayan.

“The city government has undertaken a decisive step for funding, building, and operating an RT-PCR laboratory because this is the only defense that we have to forestall community transmission in our city,” Mayor Estrañero said.

City Health Officer Dr. Henrietta Bagayao earlier said the RT-PCR laboratory will operate Mondays to Fridays. Cut off for submission of specimens is set at 10:00 in the morning.

She said in previous test runs, the laboratory was able to process a batch of 14 tests for around four hours.

As each testing is expensive, Dr. Bagayao said the laboratory, like other government testing centers, will prioritize swab specimens of close contacts and individuals entering the city such as returning residents and returning overseas Filipino workers.

“We have to maximize and efficiently use our resources,” she said. By Iryll Sicnao

5       5SharesThis post has already been read 4534 times!The city is looking for a private entity that is willing to partner