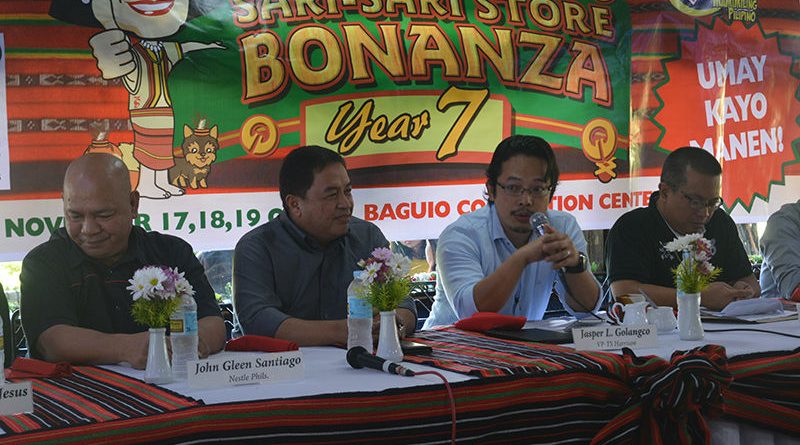 BAGUIO CITY  – Thousands of residents and visitors alike are expected to flock to the Baguio Convention Center on November 17-19, 2017 to purchase discounted products for their daily use and for the upcoming celebration of the Yuletide season during the conduct of the 7th edition of the Diskwento Caravan, a major program of the local government, the Department of Trade and Industry (DTI), Tiong San Harrison and Tiong San La Trinidad and suppliers of basic necessities, basic commodities and household products.

Jasper L. Golangco, vice president of Tiong San Harrison, said that the success of the conduct of the six previous Diskwento Caravans in the city has inspired their company and their partners to pursue the conduct of the event that provides quality and affordable products to their customers.

Since inception six years ago, the Diskwento Caravan has slowly penetrated the market as a byword among consumers, particularly those who have benefited or are benefiting from the very low prices of basic and prime commodities as well as among the businesses who took the program as an opportunity to exercise their corporate social responsibility.

Organizers of the event stated that for this year, the Diskwento Caravan will be featuring Cordillera products in certain booths and there will also be performances by various performing groups that will feature the rich culture of the Cordillera.

The program was able to encourage businesses to directly grant consumers access to reasonably-priced goods and commodities and consumers who were able to purchase goods and merchandise readily at reasonable prices re more than willing to patronize business establishments that comply with suggested retail prices and offer concessions to their patrons.

Further, manufacturers, distributors and selected retailers are brought together during the Diskwento Caravan to sell goods at discounted prices for a limited period of time and likewise, retail establishments will be given the opportunity to offer distressed consumers and low-income earners non-wage benefits and exercise of their corporate social responsibility.

For the past six evictions of the caravan, more than 100 retailers, suppliers and distributors had been patronized by over 30,000 consumers and that the caravan has already been institutionalized by the local government and the DTI.

Aside from the availability of goods which have a discount of as low as 10 percent and as high as 50 percent, distributors of various products will also be bringing in some popular entertainers and performers who will provide the needed performances that will add up to the interest of the public in visiting the Diskwento Caravan venue not only to purchase affordable goods but also to be entertained.

Retailers, suppliers and distributors assured consumers that there will be sufficient supply of goods that will be made available for purchase during the 3-day activity and that the goods are all at discounted prices for the benefit of the ordinary consumers.

The conduct of the Diskwento Caravan can be replicated in other areas in Baguio and Benguet provided that the concerned local governments will extend the invitation through the DTI which will in turn partner with the private sector for the realization of the caravan in a certain locality.