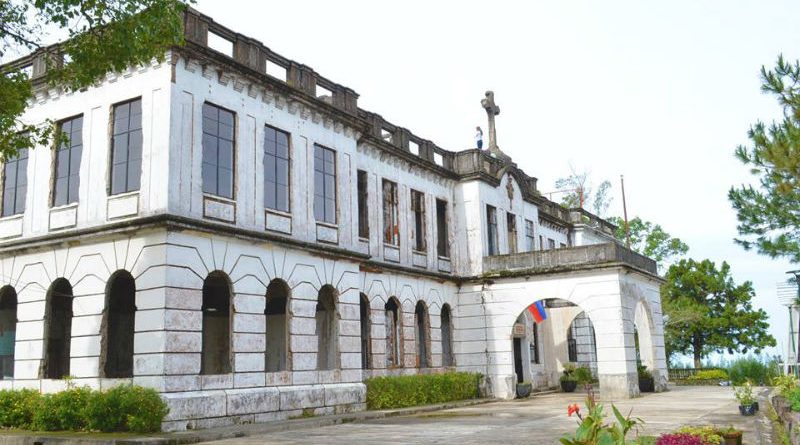 BAGUIO CITY  – The local government is inviting prospective developers who want to introduce the needed facelift of the Diplomat Hotel located in the Dominican Hill and Nature Park to file their letters of intent and proposals the soonest in preparation for the opening up of the area for a private-public partnership (PPP) venture that will provide an added attraction for local and foreign visitors frequenting the city.

Councilor Elmer Datuin, chairman of the City Council Committee on Tourism, Parks, Playgrounds and Special Events, said that the local government was already able  to pass the required PPP ordinance that outlines  the details of the partnership to be established with the private sector, thus, interested developers are already welcome to submit their proposals on how to improve the state of the Diplomat Hotel to make it attractive for visitors to include the visit in the area as part of their regular itinerary when coming up to the city for a well-deserved vacation.

However, the proposals must conform with the prescribed standards of the National Historical Commission of the Philippines (NHCP) considering that the property has been already marked as a heritage site, thus, the need for the plans to be subject to the approval of the regulating body.

“The local government must sustain providing added attractions for our visitors so that they will be enticed to frequent the city considering that the travel time to the city has been significantly reduced with the opening of the Tarlac-Pangasinan-La Union Expressway, thus, we can consider that every weekend is a peak season for the local tourism industry due to the heavy influx of visitors wanting to escape the extreme heat of the lowlands and have a break in the city,” Datuin stressed.

The local legislator claimed there is a need to improve the area without sacrificing its existing façade while there is also a need to introduce improvements within  the structure so as not to totally affect the architecture of the building as well as the opening up of exhibit areas, conference rooms, hotel rooms among other needed facilities that will make the area conducive for rest, recreation and meditation considering its proximity to the Lourdes Groto, one of the areas being frequented by devotees from various parts of the country.

According to him, it is high time for the local government to maximize the potentials of the PPP ordinance so that it could attract more partners in developing potential tourist attractions around the city so that visitors will not be bored in coming up to the city and visiting the same tourist spots every time they come up which does not speak well of the development of the local tourism industry.

The Diplomat Hotel area which is around 3.2 hectares was conveyed to the local government by the Presidential Management Staff (PMS) for it to introduce the needed developments in the area to make it profitable as a tourist destinations, especially for various religious groups wanting to hold their religious activities in a conducive area which allowed the previous members of the local legislative body to declare it as a Prayer Mountain among other suitable names.