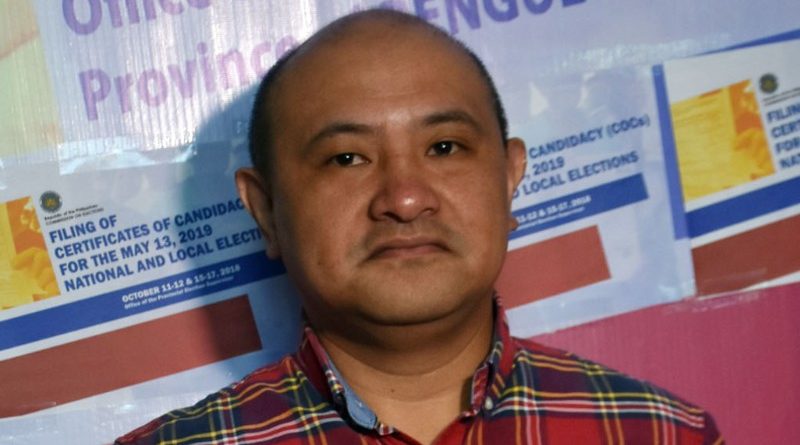 LA TRINIDAD, Benguet  – Gov. Melchor D. Diclas called on the public not to discriminate Coronavirus Disease 2019 (COVID-19) patients and frontliners who earlier decided to come out in the open so as not to add to their burden.

The governor came out with the pronouncement after receiving reports that some COVID patients who were discharged from the Benguet General Hospital (BeGH) who earlier decided to divulge their identities had been getting unpleasant text messages that made them anxious.

Further, he claimed there were also numerous frontliners, such as law enforcers and health workers, from the different parts of the province who had been getting similar discriminatory treatments from the public that nearly demoralized them as some people seem not to recognize the sacrifices they had been making just to prevent the rapid spread of the deadly virus in the communities where they are working.

Diclas stated the public should instead inspire these confirmed COVID patients and the frontliners to help them fully recover from their contracted illness and even exert extra effort in performing their assigned duties and responsibilities to combat the local transmission of the virus that might compromise the health and safety of a significant portion of the province’s population, including the bashers.

Earlier, some confirmed COVID patients who were discharged from the local health facility narrated their bizarre experience while recovering from the virus as they had been getting text messages from people who know them criticizing them on allegedly compromising the health of the people in their community.

Worst, texters also questioned the circumstances why they were infected with the virus and on why they continued to perform their duties and responsibilities which posed a serious threat to the health and safety of the people whom they got in touch with.

The provincial official asserted the confirmed COVID patients and frontliners do not deserve such unnecessary and irresponsible remarks from the public, but instead, utmost support and motivation must be extended for the patients to immediately recover and for the frontliners to be inspired to elevate to a higher level the performance of their assigned duties and responsibilities.

Diclas commended the COVID patients who decided to divulge their identities to make it easier for contract tracers to reach their close contacts that allowed them to undergo the required swab test to ascertain whether or not they were also infected.

He also expressed his gratitude to the frontliners who continue to sacrifice their time, effort and resources and even risk their health and safety just to ensure that established health and safety protocols will be implemented and for people to adhere to the same to prevent the possible community transmission of the virus that will create a bigger problem for the local governments.

On the other hand, he said that the province has a high recover rate primarily because most of those contracting the virus are asymptomatic or have mild symptoms.