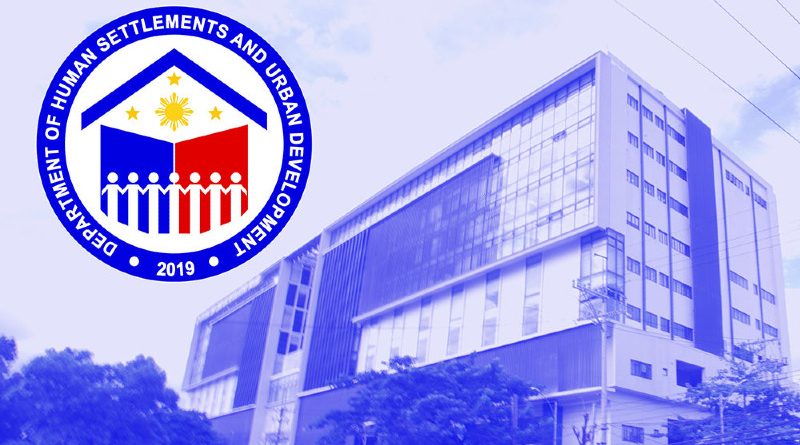 The Government’s human settlements regulatory agency is stepping up its authority in making a publicly-listed land developer, Sta. Lucia Realty and Development Corporation, toe the line amid continued acts seemingly done ‘in violation of the law’ at the Pinewoods Golf and Country Estate subdivision it built and developed in Baguio and Benguet in the mid-nineties.

In a letter to the Pinewoods Homeowners Association last March 31, 2021, the Cordillera

Department of Human Settlements and Urban Development regional director (DHSUD) Mary O. Amoroso told the homeowners group that under Section 27 of Presidential Decree 957, “no Owner/Developer shall levy upon any lot or unit buyer a fee for an alleged community benefit.”

“Fees to finance services for common comfort, “security and sanitation” may be collected only by a properly-organized homeowners association and only with the consent of a majority of the lot or unit buyers actually residing in the subdivision or condominium project,” Director Amoroso said.

The DHSUD official further stated that “the Owner/Developer through RS Property Management cannot collect maintenance fees from the homeowners association pending the issuance of a Certificate of Completion from this Department.” Official records of the housing agency do not indicate that the subdivision development has been completed, or properly and fully turned over to the homeowners group, said to have been established in early 2019.

Last week, in a March 24, 2021 hearing conducted by the Tuba municipal council, attended by SLRDC permit and licensing officer Atty. Jerry Dela Cruz, the DHSUD regional office represented by Sirwyn Montera, the agency’s OIC for homeowners association matters, it was disclosed that the land developer has conducted acts contrary to law when subdivision residents were assessed and collected “Security and Maintenance Fees” for services.

“These services are Sta Lucia’s sole responsibility to provide as developer, while development projects remain unfinished and subdivision operations not yet turned over to a homeowners association.”

“This is contrary to law,” said DHSUD’s Sirwyn Montera, who represented regional director Mary Amoroso. He cited Section 27 of PD 957, the presidential decree that prescribes protection to subdivision and condominium buyers nationwide, which states that “no owner or developer shall levy upon any lot or unit buyer a fee for an alleged community benefit.”

Depending on the lot size, subdivision residents have been paying an average annual fee of P6,000 to P12,000 per assessed members. The subdivision has about 73 homeowners actually residing in the property and about 300 lot owners. Just three months back, the land developer was also called to task when Mayor Magalong brought out alleged unfulfilled commitments of Sta Lucia on housing, water supply, and security issues.

Discussing the development concerns with Mr. Exequiel Robles, the SLRDC president, the mayor bewailed the snail-paced action taken by the company in fulfilling development commitments over water supply, peace and order, socialized housing, and amenities that were avowed when government development permits were granted in the late 90s. In that same zoom conference meeting, Regional Director Mary Amoroso of the Department of Human Settlement and Urban Development informed the attendees that the permit to sell Sta Lucia lots that has been granted to the realty firm was cancelled last November, 2017 in view of selling operations that ignored regulatory procedures and permit processes.

“Your company is on the verge of being blacklisted by the agency for the company’s reported failure to act on the raised legitimate issues and concerns that caused the cancellation, Director Amoroso told Mr. Robles.

SLRDC’s continuous collection of subdivision and maintenance fees from subdivision residents as being “contrary to law” caught by surprise the officials of the Pinewoods Homeowners Association.  “Clearly, the law is plain enough that the developer (Sta. Lucia) cannot levy fees for an alleged community service, as it is solely responsible in securing and maintaining the subdivision, while its full management and operation is not yet turned over to a homeowners association,” the association officials remarked, adding that “by all means, we will take this up with them (Sta Lucia and RS Property Management) to iron out what can be commonly done.

“Definitely, security and maintenance will have to be provided for by the developer, without the homeowners having to pay for these services, while the subdivision remains unturned over to us,” they stressed.

In his January 2021 meeting with Mr. Robles, Mayor Magalong minced no words in expressing his deep concern that lingering issues including the socialized housing requirement for the development did not push through and remains an unfulfilled development requirement for the Baguio-Tuba project. He also called the attention of SLDRC officials over the unanswered letter communications sent to Sta. Lucia in the last 3 months, regarding the city plan to acquire right of way within the subdivision for government personnel to use in building a city government project outside the subdivision.

He also disclosed that the city planned to set up a sewage treatment facility at the perimeter fringes of the subdivision property of the realty firm. “This would have spared Sta. Lucia the cost of putting up the facility that DENR would have required as part of the environmentally protective measures in the area for the treatment and discharge of water wastes,” Magalong said. By HENT