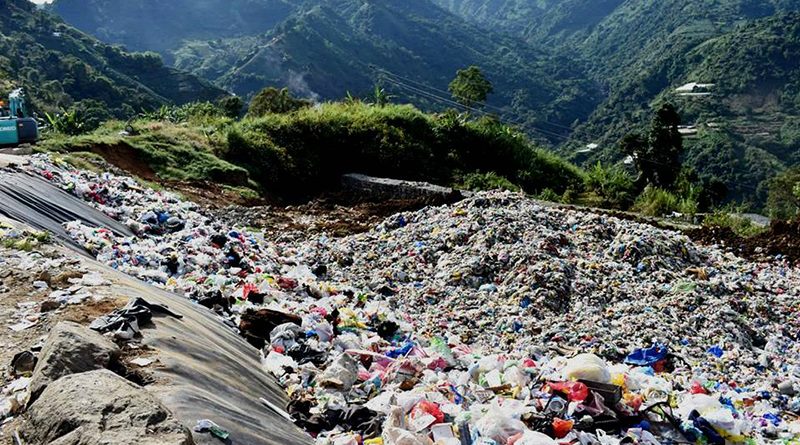 BAGUIO CITY  – The local government is setting its sights on the immediate development of a 1-hectare portion of the Antamok open pit area in nearby Itogon, Benguet for the put up of the city’s own engineered sanitary landfill (ESL) to eventually stop the hauling of the residual waste to the Urdaneta landfill in Pangasinan.

Mayor Mauricio G. Domogan ordered the members of the city survey team to fast track the finalization of the survey results on what portions of the 5 titles of Benguet Corporation (BC) will be used to accumulate the 24.11 hectares which will be the subject of added of usufruct between the mining company and the local government.

He explained that once the final survey will be presented to BC that will result to the signing of the deed of usufruct, the priority that of the city is to develop the 1-hectare suitable area purposely for the put up of the ESL to stop the hauling of the city’s residual waste outside the city.

“We must prioritize the put up of the city’s landfill in the one hectare portion of the area which will be the subject of our deed of usufruct. We need to come out with a lasting solution to the city’s garbage disposal woes the soonest because it has eaten up a huge chunk of our finances for over a decade now,” Domogan stressed.

The local chief executive pointed out that the problem with the city-owned property in Sto. Tomas Central is that the development cost of the access roads leading to the area is over P210 million which the local government cannot afford aside from the fact that inhabitants of some of the areas might file the necessary cases that will eventually derail the completion of the project.

While the local government will be putting up its own landfill, Domogan explained that the city will also be screening the companies that filed their intention for alternative garbage disposal technologies which are now pending before the General Services Office (GSO).

Among the pending technology proposals include waste-to-energy, anaerobic digester, and other environmentally-friendly and acceptable technologies with proven studies.

He emphasized that after the signing of the deed of usufruct, one of the priority activities of the local government is for the immediate submission of the city’s plans to the Environmental Management Bureau (EMB) for the issuance of the required Environmental Compliance Certificate (ECC) so that proposed garbage disposal projects will proceed in the proposed project site.

According to him, another matter the local government must do is the submission of the request to the National Solid Waste Commission (NSWMC) to exempt the private property from the coverage of its 2013 adopted policy that declared forest reservations and watershed areas be spared from environmentally critical projects considering that the area has been a private property even before the declaration of the area as a part of the Upper Agno River Basin.

He expressed confidence that the programmed activities will go on smoothly as planned so that the local government institute a lasting solution to the garbage disposal problem that has been hounding the city for over a decade now. By Dexter A. See