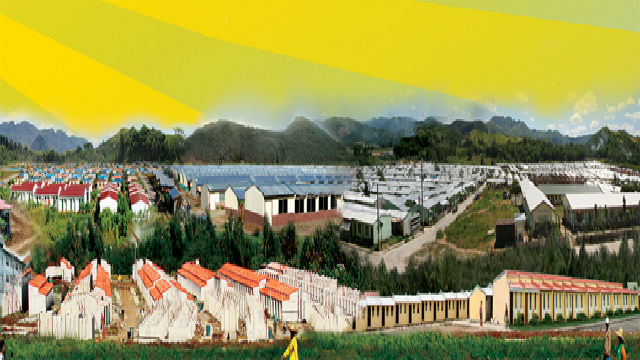 The City Council, during last Monday’s regular session, approved on first reading a proposed ordinance requiring all housing, condominium, subdivision and other real estate developers to perform their 20 percent socialized housing projects within the city for their real estate projects located in the city.

Local legislators stated that no building permit or clearance shall be issued to the housing, condominium, subdivision, and other real estate developers unless part of their plans submitted to the City Building Official indicates that 20 percent socialized housing area within the city to their housing, subdivision, condominium and other real estate endeavors in the city.

The council stipulated that if for any reason or reasons, any part or provision of the measure shall be held to be unconstitutional or invalid, the other parts or provisions of the same which are not affected shall continue to be in full force and effect.

The council pointed out the primary purpose of the ordinance is for the immediate adoption of a continuing housing and resettlement program to be available at a reasonable and affordable cost to the residents of the city, especially the under privileged ones.

The body added that the same could be done by adding a mechanism that will require housing, condominium, subdivision and other real estate developers to implement their 20 percent social housing projects in the city.

According to the proposed ordinance, Section 9, Article 13 of the 1987 Philippine Constitution guarantees that the State shall by law, and for the common good, undertake, in cooperation with the public sector, a continuing program of urban land reform and housing which will make available at affordable cost decent housing and basic services to under privileged and homeless citizens in urban centers and resettlement areas.

The council emphasized that Section 18 of Republic Act (RA) 7279 otherwise known as the Urban Development and Housing Act of 1992 provides that ‘the program shall include a system to be specified in the framework plan whereby developers of proposed subdivision project shall be required to develop an area for socialized housing equivalent to at least 20 percent of the total subdivision area or total subdivision project cost, at the option of the developer, within the same city or municipality, whenever feasible, and in accordance with the standards set by the Housing and Land Use Regulatory Board (HLURB) and other existing laws.

The council asserted that it has been observed that the aforementioned option given to the developers does not work to the benefit of the city where some real estate developers were able to get their housing credit from the HLURB by performing their required 20 percent socialized housing shares in other cities and municipalities for their projects located in the city.

At present, there are some 3,361 informal settlers within reservations in the city and that the doubled-up households is computed at 2,704, and with an average annual growth rate of 1.54 percent or an additional 13,690 new households are expected to make up the future need within covered by the plan. Data on homeless households is assumed to be zero since there are no manifestations of literally homeless people.