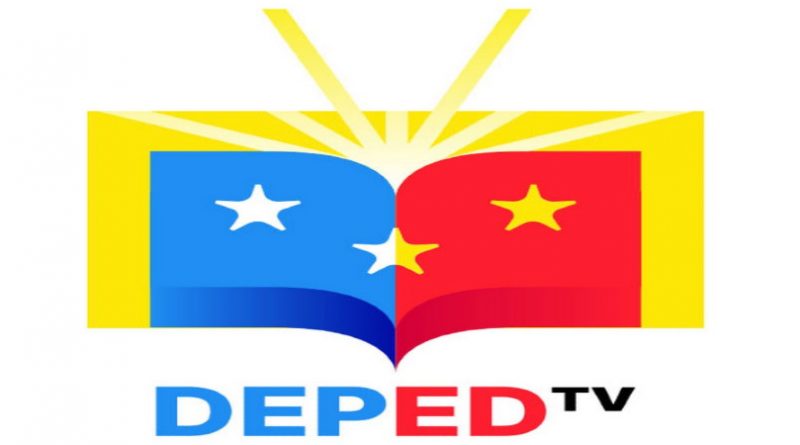 These gift packs were given to eight beneficiary schools and distributed to the parents of their respective learners where they also conducted interviews to teachers, learners and parents of the said schools regarding their educational struggles and concerns in this time of new normal.

DepEd TV is an educational television programming service by the Department of Education with the help of the Presidential Communications Operations Office which aims to air educational videos in IBC 13, local cable television (CATV), digital black boxes and satellites. Director Abram Abanil of Information, Communication and Technology Service from DepEd Central Office said that the DepEd program was conceptualized to deal and address the needs in the field of education brought about by COVID-9. This program aims to produce more educational videos which could help supplement the lessons in the modules. As a part of the program, there are chosen teacher broadcasters all over the country that would video shoot the lessons.

The Akyat Aral, founded by Mr. Albert Atienza in 2011, is a non-government organization of mountaineers and volunteers involved in charitable works and community outreach programs. They conduct charitable activities for the students and teachers in the far flung/remote areas and communities. According to Atienza, he was motivated and became passionate to reach people, especially the children, in areas away from the reach of the central business district where basic necessities are not available because he knows how it is to have nothing in life.

Along with Director Abanil for this project is the team of DepEd TV, Ms. Margie Cabanayan-Natividad, the production head and Mr. Raymund Generoso, one of the directors and Akyat Aral team, Mr. Atienza and some of their volunteers.

The groups underwent health protocols mandated by the inter-agency task force as well as coordinated with local government units before proceeding to the targeted schools for distribution. The Civil Military Operations Regiment (CMOR) of the Philippine Army escorted and offered support to the groups.

The Tuloy Ang Pasko Project of DepEd TV and Akyat Aral in Benguet was successfully fulfilled with the participation of all those involved.

This post has already been read 2619 times!LA TRINIDAD, Benguet – The provincial government is studying the possibility of gradually