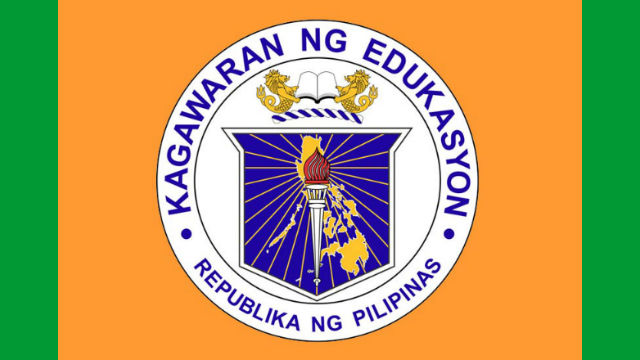 The Department of Education has finally responded and acted upon the public clamor on the printing, reproduction and publication of modules and other learning resources circulating on social media with contents prejudicial to the Indigenous Peoples of the Cordillera Region or popularly known as Igorots.

This emerged after Representative Maximo Y. Dalog, Jr. of the lone district of Mountain Province wrote to DepEd Secretary Leonor Magtolis Briones calling the attention of the agency to look into some books and learning modules apparently designed and published to malign and discriminate the Igorots.

Dalog has expressed alarm, frustration and annoyance over such portrayal and description of Igorots as having dark and curly hair, looking differently from the Filipino majority in terms of appearance, fashion, attire and capacity to finish a sound education.

In a letter sent to Dalog, the agency through DepEd-Regional Director Estela L. Carino acknowledged that various posts portraying Igorots in learning resources went viral in many Facebook pages citing one material from another region which was immediately traced because the reference and author were captured. Carino explained that such was printed by one school, however the copies were immediately retrieved when the agency’s attention was called.

“Immediate action was made by the Office of the Regional Director of DepEd-CAR and the source region urgently rectified the matter by modifying the content which was lifted by the teacher from a book by Vibal Group, Inc. and at the same time wrote a letter of apology to CAR,” Carino said.

In deeply expressing its sincerest apologies for making use of the Igorot tribe as example in the learning materials, the source region admitted that they were not able to look into the social contents of the materials during the quality assurance process. In the apology letter, the teacher-writer said she did not intend to degrade anybody in her example in the learning material and was caught unaware of the impacts it has brought to the Igorot tribe, assuring that the same will not happen again.

Director Carino also communicated to Congressman Dalog Secretary Briones’ appreciation of the former’s letter calling the agency’s attention. The director said that definitely, the secretary will take action. Carino also thanked the lawmaker for his action and assured that the same will be dealt upon seriously as these errors are being repeated by DepEd in other areas.

Director Carino furthered that DepEd-CAR remains steadfast in its stand to rally against any form of prejudice and it shall undertake measures to keep its internal stakeholders enlightened and well-directed in their knowledge about IPs and to urgently call the attention of other stakeholders to be proactive and to help in putting a stop to this persistent form of discrimination through: Regional Memorandum to the Schools Division Offices reiterating Strict Adherence to the Social Content Element of Locally-developed Learning Resources, Meeting with Schools Division Office Superintendents, Learning Area Supervisors, and Learning Resource Supervisors to respond actively as regards this matter, Development of MELCs-based Self-Learning Modules attached to Araling Panlipunan and Edukasyon sa Pagpapakatao highlighting the IP culture of the Cordillerans, Development of a Coffee table book focused on the Cordillera as a People and as a Culture, and Letter to the Regional Development Council to appeal for support on appropriate steps to stop these wrong perceptions. By Erlindo Agwilang, Jr.

This post has already been read 2092 times!LA TRINIDAD, Benguet – Benguet caretaker congressman and Anti-Crime and Terrorism through Community