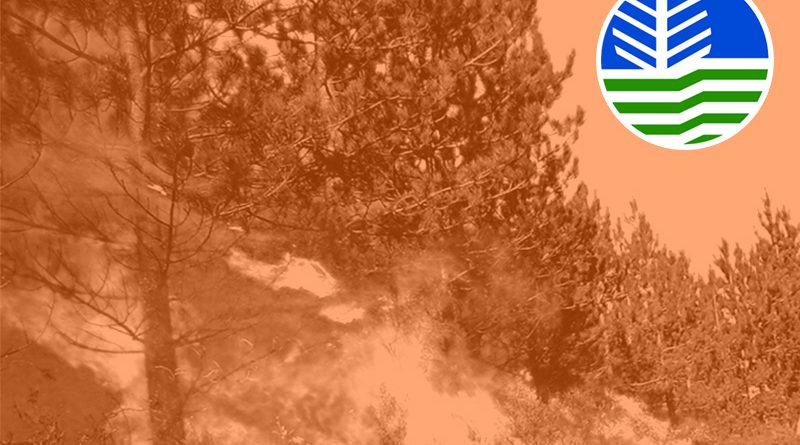 ITOGON, Benguet – The municipality wants the environment department to fund the proposed study of the conversion of the stored mine tailings to useful materials that should serve as added sources of livelihood for residents in the municipality.

Mayor Victorio Palangdan stated that the environment department can use a portion of the P1.2 billion fine paid by Philex Mining Corporation to fund the research being proposed by the community that will allow the conversion of the toxic mine tailings to useful materials, such as bricks, agricultural inputs, among others, to significantly reducing the exposure of the residents to toxic materials from the tailings pond of mining companies operating in the locality.

Earlier, the environment department denied the request of the municipal government to use a portion of the fine paid by the largest gold and copper producer in the country for certain development projects in the mining communities as the said fund has been earmarked for research.

He pointed out that now that the request will be submitted to the environment department for funding is focused on the conduct of further research on the aforesaid proposal, there is no compelling reason for it again outrightly denied. The local chief executive underscored that host communities like Itogon should be the primordial beneficiaries of the funds derived from the fine paid by the mining company so that there will be more development opportunities in the said areas to make local officials and people feel that their communities had benefited from the operation of the mining companies through the years.

Initially, Mayor Palangdan claimed that the proposal to convert the stored mine tailings in the different tailings pond of mining companies is meritorious but there is a need to conduct further study and research so that maximum benefits could be enjoyed by the people.

According to him, the conversion of the toxic tailings to useful materials will definitely help in reducing the serious threat imposed by the stored tailings in the different tailings pond to the environment as the same will eventually be used for other materials that benefit people once the outcome of the proposed research will turn out to be successful.

Palangdan argued that the environment department should give utmost priority to the request of the municipal government to access a portion of the agency’s existing funds generated from the fines paid by mining companies for their violations because the intention of the proposed conduct of the research on the conversion of toxic mine tailings to useful materials is noble that can be a template for other operating mines that have rehabilitated, abandoned or existing tailings ponds.

Itogon has been hosting the operations of the Philex Mining Corporation, Benguet Corporation, and Itogon Suyoc Resources, Inc. for several decades.

Moreover, Itogon is also one of the three first-class municipalities that rely on the operation of mining companies as their major source of income by virtue of their share from the national wealth tax and the real property and businesses taxes paid to the local governments aside from their share from the corporate social responsibility projects programmed by the said companies.

24       24SharesThis post has already been read 301 times!While waiting for action on the request for a stricter quarantine classification, Mayor