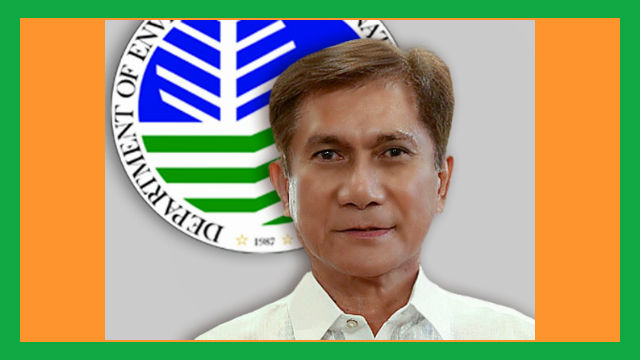 BAGUIO CITY – Environment Secretary Roy Cimatu was pushing for Cordillerans to spearhead the battle to end destructive agriculture as part of the government’s overall efforts to preserve and protect the environment.

In his keynote address that was read by DENR-CAR regional director Ralph Pablo during the program for the simple celebration of the 34th founding anniversary of the Cordillera Administrative Region (CAR) held at the Baguio Convention Center Thursday, Secretary Cimatu claimed that destructive agriculture is one of the major causes of massive deforestation of the mountain slopes, especially in the Cordillera that serves as the watershed cradle of Northern Luzon.

He admitted that the Cordillera is a region of massive richness in terms of the environment and culture where across the northern part of the country, its environment and natural resources are critical to life, livelihood and economy.

The DENR chief pointed out that now is the opportunity for Filipinos to build a cleaner, greener, healthier and a more climate-friendly environment as people could no longer go back to their nature destructive activities.

“We need to place actions with green strings attached at the heart of every political and socio-economic decisions and actions,” Secretary Cimatu stressed.

According to him, the government does not necessarily need new policies and blueprints as there are already a lot of them.

Cimatu claimed that if possible, government must be able to find ways to unlock and invite multi-sectoral investments to fund or augment existing forest conservation or restoration funds to boost ongoing actions for green recovery.

The Secretary emphasized that government must take the appropriate steps with determination and political will because if leader harness political will, investments and partnerships will follow and that if things are done right, people are one step ahead in steering a more sustainable path which is green recovery on the Cordillera towards regional autonomy.

Cimatu asserted that the Cordillera had always been autonomous where the region has been characterized by its unique identity, shared social systems, indigenous knowledge systems and practices in environmental management and common religious, political and economic interests.

He stipulated that over the past 34 years, the Cordillera remained firm in its desire to play its role as an actor and not as a mere spectator of growth in the region, thus, it strived to become an autonomous region amidst the challenges in achieving the same.

The DENR official emphasized that the region’s pursuit for autonomy is a movement not against anyone as it has always been peaceful and democratic as its objective is to provide the region with more tools to progress and offer the Cordillera environment and its people greater wellbeing. By HENT

1       1ShareThis post has already been read 290 times!Free rides were made available again for health care workers (HCWs) and authorized

September 23, 2021 Press Release Comments Off on Number of relief packs released in Tabuk was based on what was needed
Words for reflection