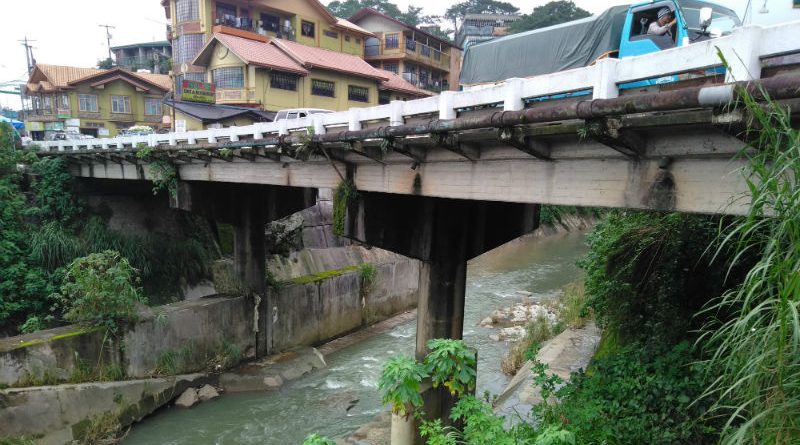 LA TRINIDAD, Benguet  – The Department of Public Works and Highways–First Benguet District Engineering Office (DWPH-FBDEO) announced its central office provided an additional P10 million from the agency’s 2020 proposed budget or from whatever available funds for the implementation of the needed interventions to patch up the damages on the 150-meter long Balili bridge located below the Provincial Capital here.

District Engineer Ireneo S. Gallato reported the DPWH central office gave the go-signal for the implementation of the P14.4 million earlier earmarked for the retrofitting of the bridge previously bidded out while the additional funds for the installation of bridge deck and put up of the needed detour can be implemented next year.

“We will proceed with the implementation of the retrofitting of the damaged Balili bridge based on what was earlier bided out because the technical personnel who earlier assessed the status of the bridge gave the go-signal for us to implement the programmed works while awaiting for the additional funds that will be provided to implement additional works on the bridge structure,” Gallato stressed.

He disclosed the programmed works include retrofitting while the additional works to improve the status of the bridge structure is the installation of the required bridge deck and the put up of the needed detour.

The DPWH-FBDEO official claimed the existing bridge structure can still be retrofitted as per the evaluation of the technical personnel from the agency’s central office who were tapped to further evaluate the status of the bridge while it remains open for motor vehicles that are not beyond 5 tons.

The 50-year old Balili bridge suffered a significant damage with a gaping hole in its pavement that prompted the agency to install metal plates over it to prevent further damages to it that will compromise the safety of motorists, aside from prohibiting heavy motor vehicles from passing through the damaged structure.

Earlier, Rep. Nestor Fongwan, Sr. endorsed the request of the DPWH-FBDEO to Public Works Secretary Mark Villar for the provision of  P51 million to completely rehabilitate the bridge structure considering the extent of damage on the bridge structure.

He agreed to the contention of Engr. Gallato that the bridge already exceeded its projected 50-year lifespan apart from the fact that its design is no longer in conformity with the current situation where it is being traversed by numerous heavy trucks loaded with vegetables being brought to the vegetable trading post and chicken dung going to the Halsema.

Based on available records with the implementing agency, the Balili bridge was constructed in 1961 with the thickness of the pavement programmed to be between 5 to 6 inches as the volume of traffic then was not as heavy compared to now it links the capital town to other neighboring municipalities not only in the province but also in the different parts of the central Cordillera.