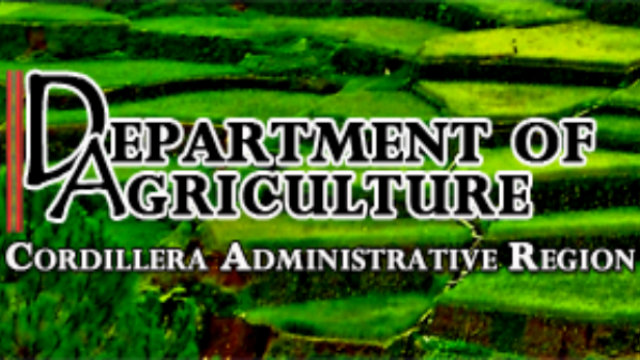 As part of the effort of the Cordillera office of the Department of Agriculture to the conservation and protection of the heirloom rice landraces in the Cordillera, communities were assisted for the registration of 22 heirloom rice variants (with eight unique names) as traditional crops of the communities to the Bureau of Plant Industry through its National Seed Industry Council–Plant Variety Protection Office.

Meanwhile, rice farmers have identified 624 existing heirloom rice landraces in the 15 barangays in the four provinces covered by the Heirloom Rice Project Phase II. From these landraces, farmers identified 122 landraces that are near to extinction since these are cultivated in small areas by few farmers.

In partnership with the International Rice Research Institute (IRRI), the Philippine Rice Research Institute (PhilRice) and the concerned Local Government Units, the Department of Agriculture then seeks to expand heirloom rice collection, conservation, and characterization efforts since there only 320 landraces collected. This is also to prevent extinction since there are already identified extinct landraces. On-site and off-site conservation is also being done at the DA-Research Division and at the IRRI and PhilRice gene banks.

This effort of DA-CAR is to contribute towards the conservation, preservation, and development of plant genetic resources as stated in Republic Act 7308 also known as the Seed Industry Development Act of 1992.

Farmers and the Local Government Units of said municipalities expressed their gratitude to this effort. “Salamat ta ma-conserve dagiti pagpagay tayo tapno saan da nga mapukaw (We are grateful for the conservation of our rice so that it won’t go extinct),” said an LGU staff during the heirloom rice collection activities.

“Agyaman kami ta dagiti pagay nga naawan kadakami ket adda pay gayam kadagiti mannalon idiay dadduma nga barangay, (We are thankful when we learned that the rice we think we lost are still existing in other barangays,” the farmers mentioned.

This post has already been read 108 times!Member consumers of the Benguet Electric Cooperative (Beneco) should get used anew to