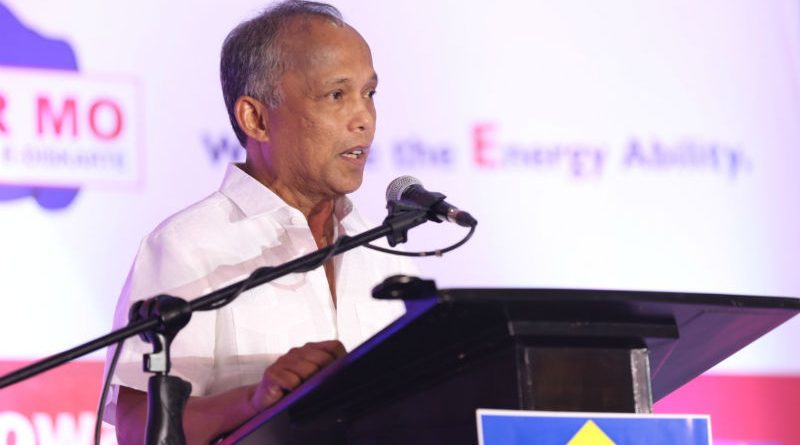 TAGUIG CITY – Energy Secretary Alfonso G. Cusi today stressed that the effort of achieving energy resiliency for the Philippines is a shared responsibility between the government and the public.

The E-Power Mo movement, which marks its first anniversary today, focuses on adopting strategies and providing consumers with knowledge not only on the proper use of energy, but also in helping the country become energy resilient.

“We all know that the Philippines is extremely vulnerable to natural disasters,” Cusi pointed out, citing the World Risk Index that ranked our country in third place, as well as our previous experience on disasters like super-typhoon “Yolanda.”

These factors have prompted the DOE to institutionalize the Energy Resiliency Policy (ERP) in the energy sector in January 2018, according to Cusi.

The ERP aims to strengthen the existing energy systems and assist in the quick restoration and provision of alternative energy sources to cushion the adverse impact of natural disasters on consumers.

According to Posadas, the DOE encouraged the other member states in these international gatherings to share their expertise and best practices in pursuing initiatives and action plans on increasing the resiliency of energy infrastructures.

Among the topics discussed during the plenary session are the DOE’s efforts in the implementation of the ERP, the effects of a magnitude 7.2 earthquake on the country’s energy systems, the Philippine disaster risk reduction and management system, and disaster risk financing and insurance strategies.

Also included in the discussions was the importance of the support of the government’s communications system to disseminate to the grassroots the message of E-Power Mo.

After the main session, DOE spokesperson and Undersecretary Felix William B. Fuentebella, together with Assistant Secretaries Robert B. Uy and Leonido J. Pulido III held a press conference.

The E-Power Mo movement was launched at the Philippine International Convention Center in Pasay City in July 2017 and has been mirrored in Cebu, Davao and Clark in the same year, and in Baguio just last April.

The campaign is being undertaken in cooperation with the Presidential Communications Operations Office through the Philippine Information Agency and Radio-TV Malacañang, and with the assistance of USAID’s Building Low Emission Alternatives to Develop Economic Resilience and Sustainability (B-LEADERS).

Banner photo: JOINT EFFORT: Speaking at the first anniversary of the E-Power Mo Campaign, Energy Secretary Alfonso Cusi urged all stakeholders to join the effort to raise awareness towards an energy resilient Philippines. The E-Power Mo movement is the Department of Energy’s vehicle to help empower consumers with information on proper and prudent use of energy. DOE photo