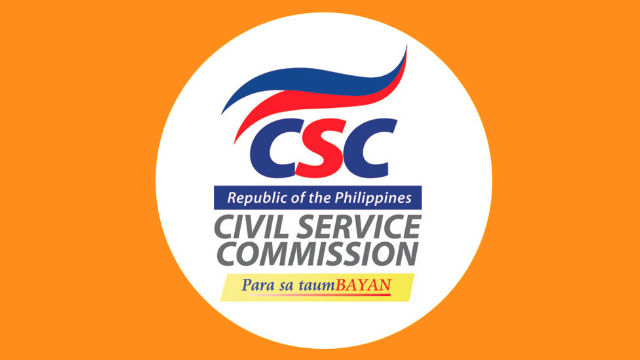 LUNA, Apayao – The Cordillera office of the Civil Service Commission (CSC-CAR) ruled that the twenty-one appointees of the State-run Apayao State College (ASC) under the previous stewardship of Dr. Nieves A. Dacyon being the College President are considered de facto officers and are entitled to the payment of their salaries from the government.

Further, in a 43-page decision, CSC-CAR regional director lawyer Marilyn Taldo claimed that the services rendered by the said appointees are creditable as government service.

Earlier, in March 2018, Dr. Nelia Cauilan, the sitting college president of Apayao State College (ASC) received from the CSC Field Office (CSC-FO) disapproved appointments of 22 employees. Cauilan did not allegedly inform Dacyon  who was on sabbatical leave that time these disapproved appointments. As a rule, if no motion for reconsideration or appeal has been filed by the appointing authority or appointee within 15 days from receipt of the letter of disapproval, the action of the CSC is deemed final. On this basis among other things, COA issued an outright notice of disallowance (ND). Dacyon argued however that she was not informed of said disapproval. She further said that logic and reason dictate that Cauilan should have informed her this in the first place or, as sitting president that time she should have helped the 22 employees in their appeal. For unacceptable and unknown reasons, Cauilan released only on January 25, 2019 a copy of these disapproved appointments.

Interestingly, on February 12, 2019, the resident auditor handed a copy of Cauilan’s letter to Dacyon informing Dacyon of the disapproved appointments. This happened after Dacyon had been hunting the written basis of her COA Notice of Disallowance in relation to these 22 appointments.

The CSC-CAR clarified that at the time of the filing of the aforesaid appeal on June 27, 2019, Dacyon was no longer the ASC president and the same was filed after over one year and three months from the date of disapproval of the appointments.

Ironically, the notice of disallowance on the salaries of the said employees was received by Dacyon only in November 2018 as she was then back from her sabbatical leave and holding the position of College Professor.

Despite being filed out of time, the CSC-CAR entertained Dacyon’s appeal and resolved the same on its merit as based on available documents.

In the interest of substantial justice and compassion, the CSC-CAR stipulated that despite the disapproval of the 21 appointments by the CSC-FO, it held that the concerned appointees may be considered de facto officers and be entitled to payments of their salaries from the government based on the principle of quantum merit or the actual value of services rendered.

Moreover, the CSC-CAR resolved to make a liberal interpretation of the earlier considering the peculiarities present in the instant case.

More importantly, the decision stipulated that at bar, there was no showing that Dacyon issued the aforesaid appointments in bad faith, whimsically and abusively, and it is clear that though she authorized the release of salaries and benefits from August to October 2017, it was the former president Nelia Cauilan, who authorized the payment of salaries and benefits from November 2017 to March 2018.

The CSC-CAR further argued that it would result in unjust enrichment on the part of the government if the appointing authority will be made to pay the salaries and benefits of the said appointees of Dacyon who have rendered services to ASC.

It also applied the well-established rule that what is controlling is the spirit and intent, not the letter of the law. “Idolatrous  reverence” for the law sacrifices the human being. The spirit of the law ensures man’s survival and ennobles him.

Lastly, CSC-CAR believes that the rules must be flexible enough to allow adjustments for borderline cases or those occurring in the interstices of the law. For in the end, the rules are mere instruments for the attainment of what is just and reasonable. The decision invokes   the words of Shakespeare,” the letter of the law killeth; its spirit giveth life.” By HENT

17       17SharesThis post has already been read 879 times!The ongoing negotiations between the members of the city’s Public Private Partnership for